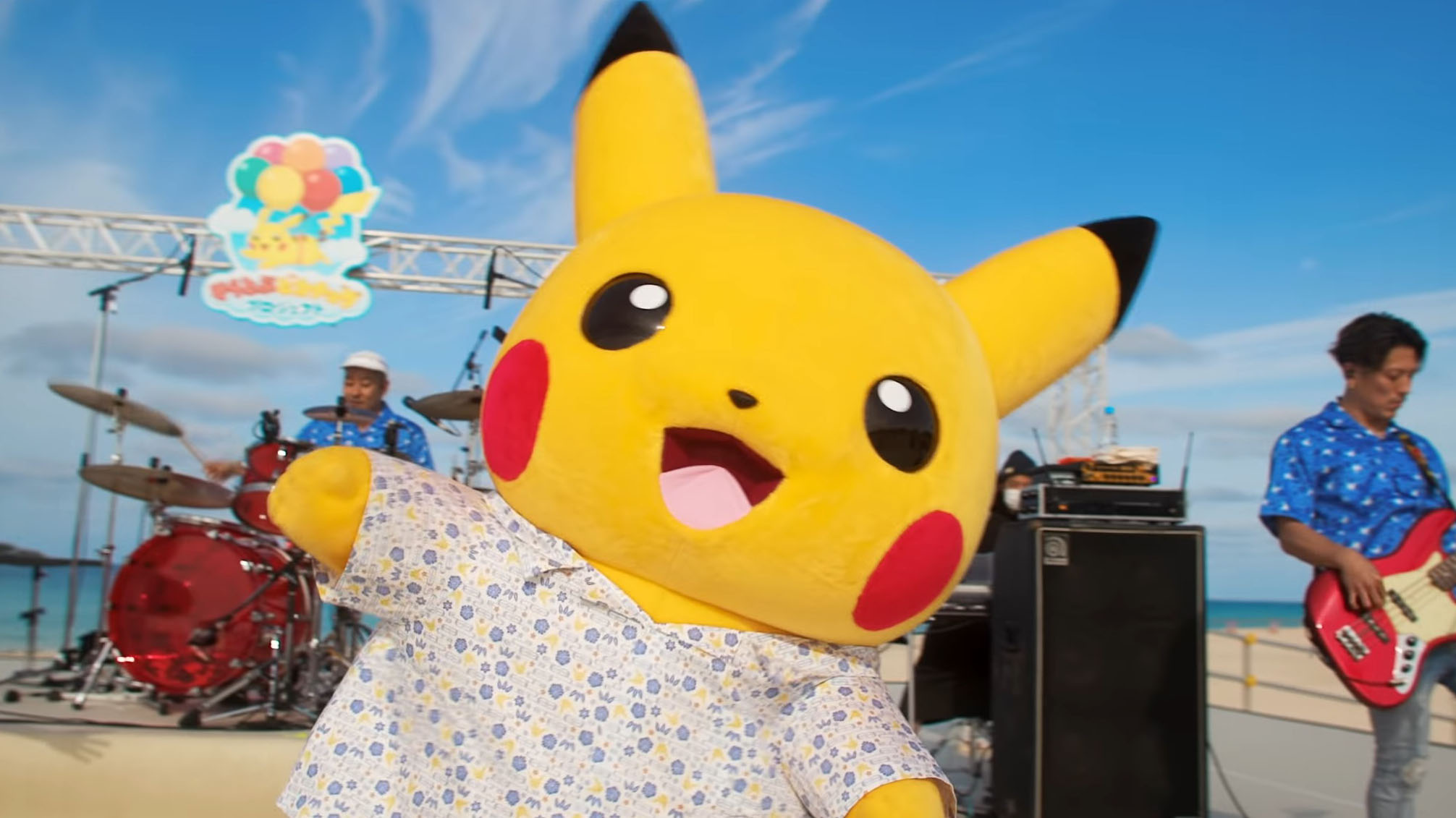 Today the Pokemon Company released another of its “Soratobu Project” trailers created to encourage tourism in Japan.

Like the previous one released a few weeks ago, it features the Okinawa-based band “HY” performing their song “Sorairo” which translates into “Sky Color.”

This time around, the theme of the trailer is Miyakojima, one of the southernmost islands of Japan, located in the middle between Okinawa and Taiwan.

The trailer showcases the island itself and its natural beauty and tourist attractions, on top of the first Pikachu Jet operated by Skymark (another will debut in may) linked to the project, and the dedicated Pokemon-themed features and even buses.

We also learn that a live show featuring HY and Pikachu will be hosted in May in Chatan, one of the towns on the main island of Okinawa.