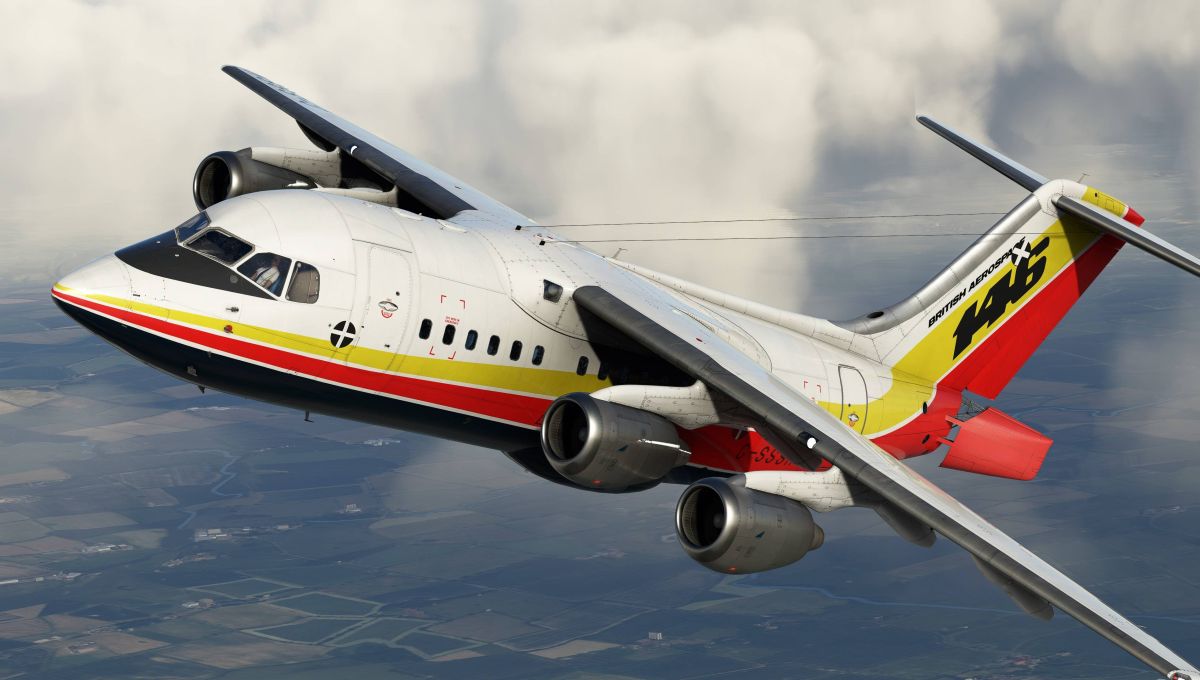 The aircraft is now available on Just Flight’s own store for €59.95 plus applicable VAT.

Below you can check out a gallery of screenshots.

Speaking of aircraft, TFDi Design offered a new work-in-progress look at the McDonnell Douglas MD-11 currently in development, including an update on where the work is at.

“Our MD-11 team have been working diligently in the background to bring this project forward in leaps and bounds. While we still do not have an official timeline for release and testing, just know that we are progressing at rates never even imagined during the production of the TFDi Design 717.

The art team has been hard at work on modeling and texturing.”

“Another exciting area we’ve started working on is the airframe variations! Work has begun on the cargo variant and the P&W engine variant. Below, we can see the cargo model taking shape and the amount of detail in the cargo area.

We are continuing to work on mapping and texturing. We expect to see significant progress in these areas over the next few months. One of the most important advantages of our workflow is that the code can advance simultaneously with the visuals.

In terms of system progression, Romel from our team has successfully connected the ISIS and is a true backup – it is a fully self-contained instrument. Complete with all three statuses: self-test, alignment, and operational. As the system is entirely standalone like the real thing, this does not depend on the Primary Flight Display for any data obtained from the simulator, allowing failures of the PFD not to affect the backup displays, paving the way for future development of the failures package going forward.

Collin has been working on the autoflight system recently. We have taken what we learned from the TFDi Design 717 project and used it to build a much more robust autopilot. The added complexity of this aircraft’s automation, such as the RCWS and LSAS, makes it a challenging system to implement correctly. However, the autoflight has been able to hold the aircraft level successfully, and we have laid out the foundation of the code required for the mode logic and FMA. We expect to have an autopilot capable of at least basic flight control modes within the next few weeks.

We are also welcoming a new programmer, Pedro, to our team this week! He will be working on systems code with us to help move the project along even faster.

And in very positive news – our MD-11 repository hit 1,000 commits last week! For those of you who don’t know what that means, our team has written code for the MD-11 and submitted it to our central storage area (repository) 1,000 times!”

We also get news from MilViz, which announced a release date for its Cessna 310.

The aircraft will be released on Wednesday, May 4.

Moving on to airports, take a look at the jetways being created for terminal 5F of Orbx’s Stockholm Arlanda Airport (ESSA) in Sweden.

It’s available on SimMarket for $8.39 plus applicable VAT.