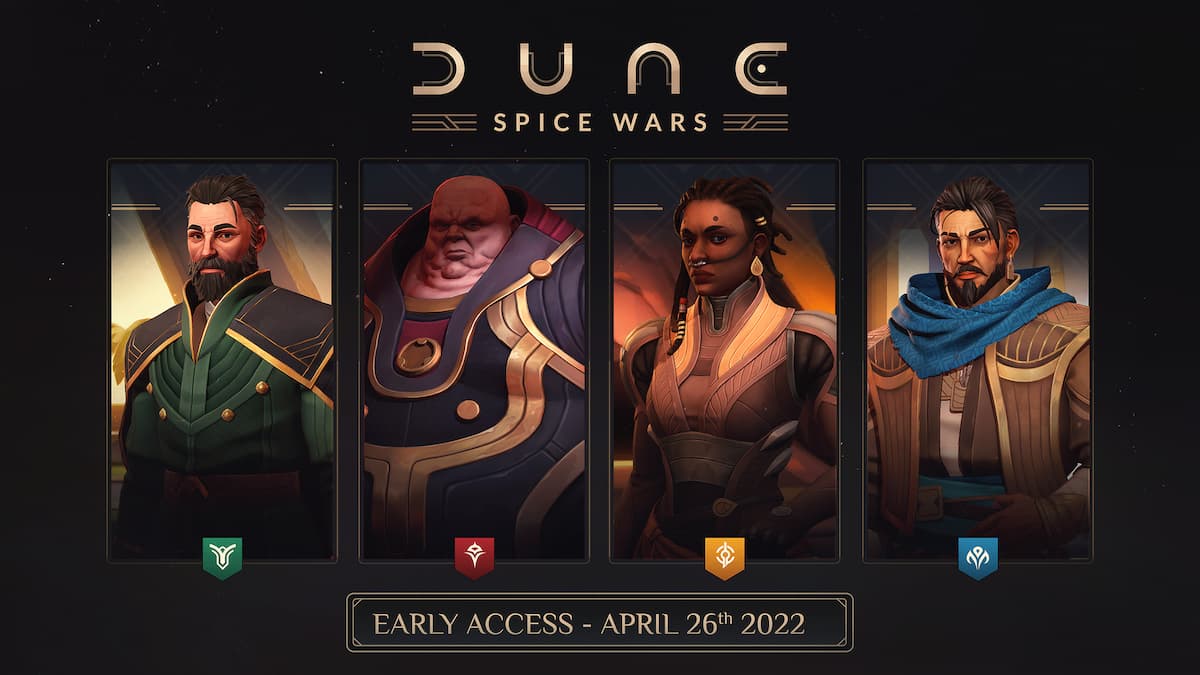 For those keen to get onto Arrakis and prove your worth, you won’t have much longer to wait. Developers Shiro Games and publisher Funcom have revealed that Dune: Spice Wars will enter Steam Early Access this coming April 26 on PC.

Based on Frank Herbert’s sci-fi novels and universe, the 4X and real-time strategy hybrid will pit the four different factions of House Atreides, House Harkonnen, the Smugglers, and the newly revealed Fremen against each other in a bid to control spice, the most valuable resource out there.

It will not be a straightforward military affair if you are seeking victory, with military power needing to be balanced against other elements like political influence, resource production, and the occasional infiltration here and there. Only by exploring the desert, expanding your territories, and seizing control will players stand a chance of controlling the spice.

A real-time strategy game with 4X elements, from the developers of the critically acclaimed Northgard. Set in Frank Herbert’s groundbreaking Dune universe, you must lead your faction and battle for control and dominance over the harsh desert planet of Arrakis.

Spice is the most valuable resource in the universe. The spice extends life, it expands consciousness and makes interstellar travel possible. Create your own story and play as one of several factions, including House Atreides and House Harkonnen, and compete for power over Dune and the spice.

Scan the landscape for wormsign or risk losing your troops and spice harvesters to titanic sandworms who will burst through the sand dunes to swallow and devour them whole. Best your opponents through political intrigue, crush them in combat, and undermine them with your network of illusive spies.