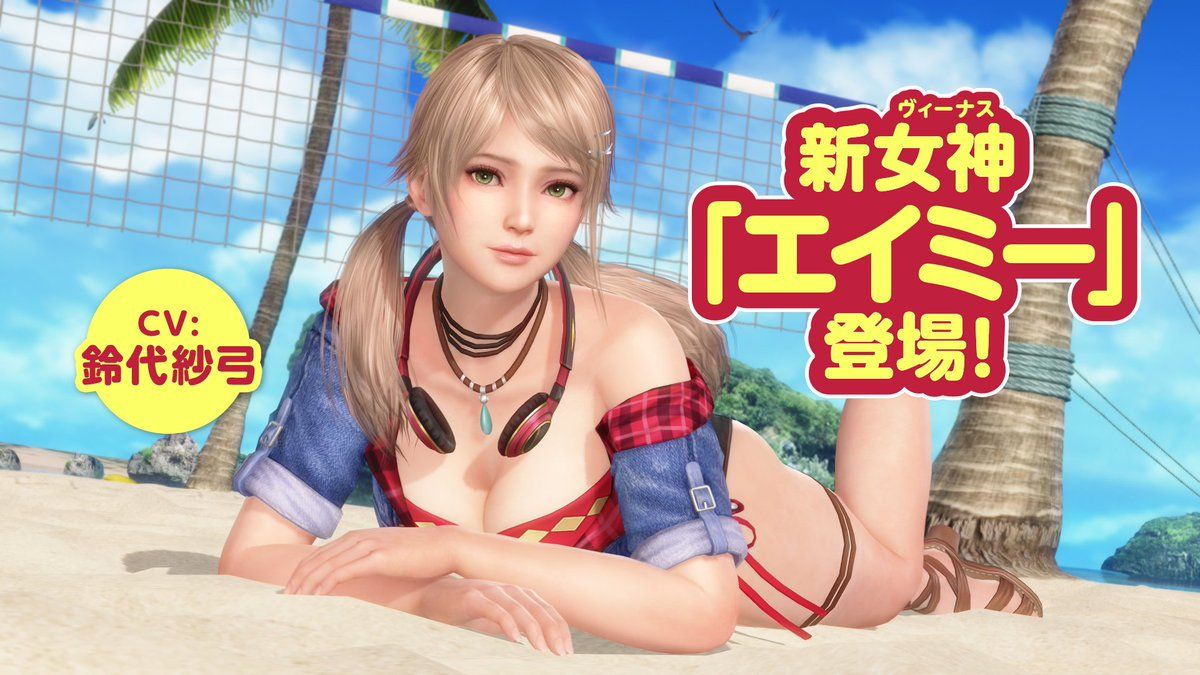 Today Koei Tecmo and DMM revealed and released a new heroine added to the roster of their popular free-to-play game Dead Or Alive Xtreme: Venus Vacation.

Her name is Amy and she’s voiced by Sayumi Suzushiro, who recently offered her voice to Cassandra Cappelli in Atelier Ryza 2.

Amy is 18, she’s 156 cm tall, and she’s an engineer. Her hobbies are collecting gadgets, crosswords, and solo camping. She loves apple cinnamon tea and the color carmine. Her birthday is on June 18.

As usual, she’s available first in a paid-only gacha, so she’ll be unavailable for several months to players that don’t intend to spend an inordinate amount of money for a shamefully low chance to unlock her.

While the SSR percentage to get an SSR costume from the gacha is 1.1%, you actually have only a 0.78% chance to get Amy, because the remaining 0.32% is taken by completely useless dresses for other girls, artificially lowering the odds even further.

It’s worth mentioning that, as usual, Amy is only available in the Japanese version of the game. The English versions of the game on Steam and Johren are behind in content by about a year (despite the unexpected addition of Tina), so their users will have to wait a while before even having a chance at unlocking Amy.

You can see Amy in action in the trailer below.