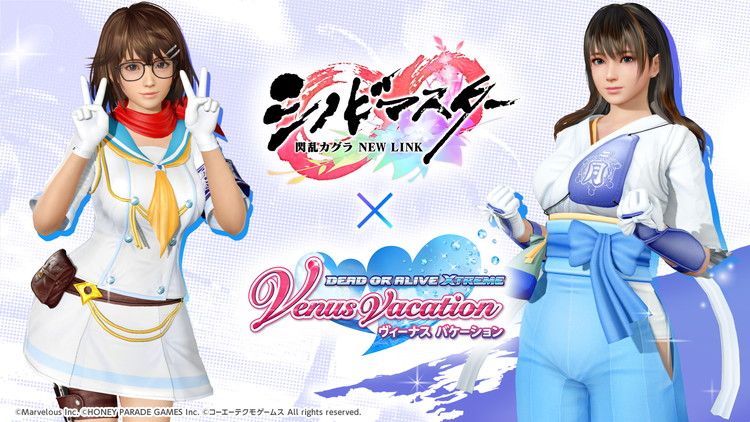 The popular free-to-play PC game is getting a new gacha with plenty of destructible costumes from the Senran Kagura franchise, including some for the girls that have been added recently.

Combined with the triple SSR chance, it’s a good opportunity to try to unlock the heroines you’re missing.

A second gacha features the newly-added Tina, but it’s available only for paid V-stones. We’re still far from the moment in which she’ll be unlockable without paying with real money.

A third gacha includes the costumes from the older collaboration that happened in 2019.

It’s worth mentioning that this crossover is only available in the Japanese version of the game. The English versions of the game on Steam and Johren are behind in content by about a year (despite the unexpected addition of Tina), so their users will have to wait a while before getting this.