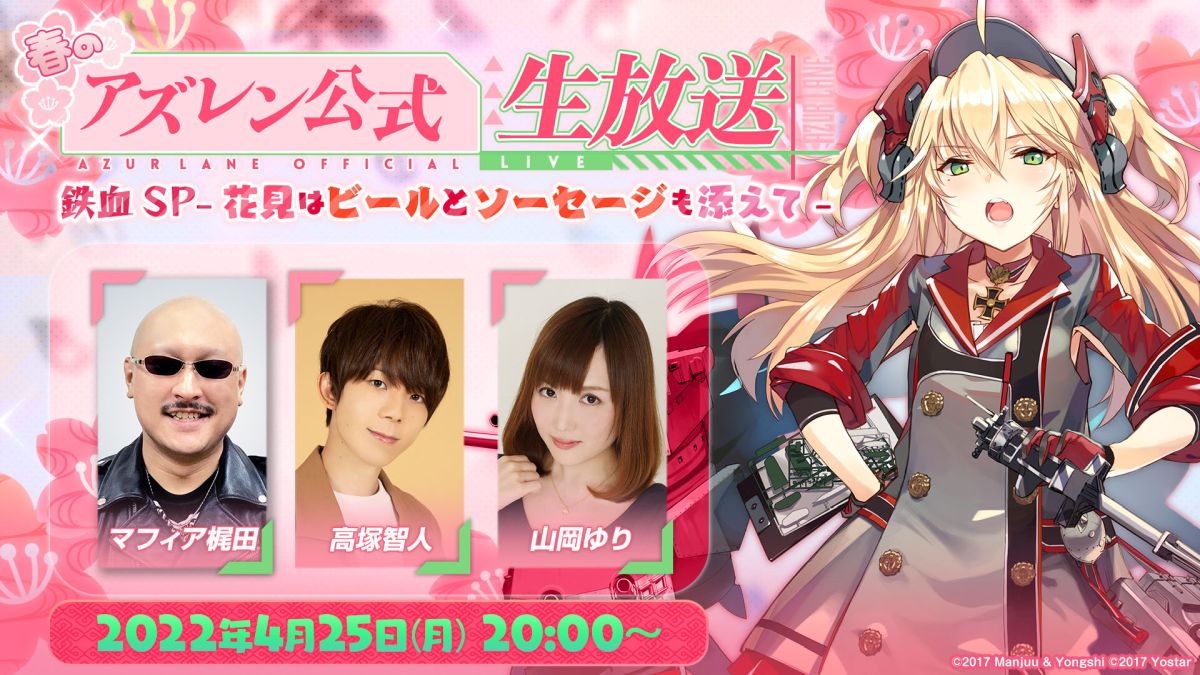 Today Azur Lane publisher Yostar announced a livestream that will be aired next week and will reveal the next major event within the popular shipgirl-focused mobile game.

The livestream will air on Monday, April 25 at 8:00 pm Japan Time. It will be titled “Azur Lane Official Spring Live Broadcast – Iron Blood SP: Hanami with Beer and Sausage.”

The title seems to indicate that the major spring event will focus on the Iron Blood faction, which is the game’s parody of Germany. For those unfamiliar, “Hanami” is the Japanese tradition of going out with friends and family to watch the cherry blossoms, often entertaining rich feasts under the trees (hence the beer and sausages).

The event will be hosted by popular entertainer Mafia Kajita and among the guests we’ll see Admiral Hipper’s voice actress Yuri Yamaoka.

Below you can find the embed with the event, in case you want to watch along when it airs. Of course, report on anything newsworthy will be available here on Twinfinite after the livestream ends.

Perhaps, we may hear something about it during this event, as it happened with Crosswave a while ago.