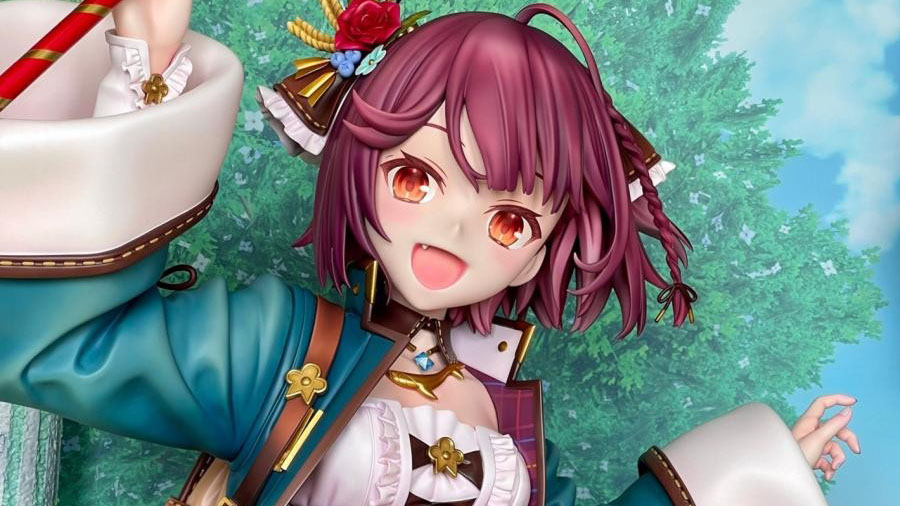 You may have thought that the Final Fantasy VI Masterline figure priced at $11,550 was crazy, but Koei Tecmo just one-upped Square Enix in a big way with a brand new Atelier Sophie 2: The Alchemist of the Mysterious Dream figure.

The 1/1 scale figure by the 1/ One Slash brand, which is being exhibited at the fancy Shibuya PARCO mall in Tokyo starting today reproduces Sophie herself in the same pose as the cover of the game, and is actually for sale.

The most pricey option, which includes a full-fledged background, costs 6,050,000 yen (approximately $47,119) and can be pre-ordered starting today. Since she’s limited to a single unit, pre-ordering simply lets you participate in a lottery for the privilege of purchasing her.

The overall height of the figure with the background is about 210 cm.

On top of the price, you also need to pay for delivery, which will cost up to 520,000 yen (about $4,000) if you live as far as Okinawa. Tokyo dwellers are luckier as they have to pay “only” the equivalent of $2,000 to receive the figure at their doorstep. I guess if you’re willing to pay nearly $50,000 for a figure, that may be peanuts for you.

There is a second option without the background which is not limited and is slightly more affordable, costing 4,290,000 yen (approximately $33,393).

This one is a bit smaller, measuring 193 cm from the bottom to the top of the staff. The delivery date is July 2023.

This isn’t even the first time for the Atelier series, as it happened with both Atelier Ryza and Atelier Ryza 2.

You can check out both below in the gallery and a video showcasing the construction of the prototype.

If you’re on a budget, you can still partake, as a less crazy 1/7 version of the figure is also up for pre-orders. You can find it at AmiAmi for 23,980 yen, which translates into a much more affordable $187.

Atelier Sophie 2: The Alchemist of the Mysterious Dream is out now for PS4, Nintendo Switch, and PC.