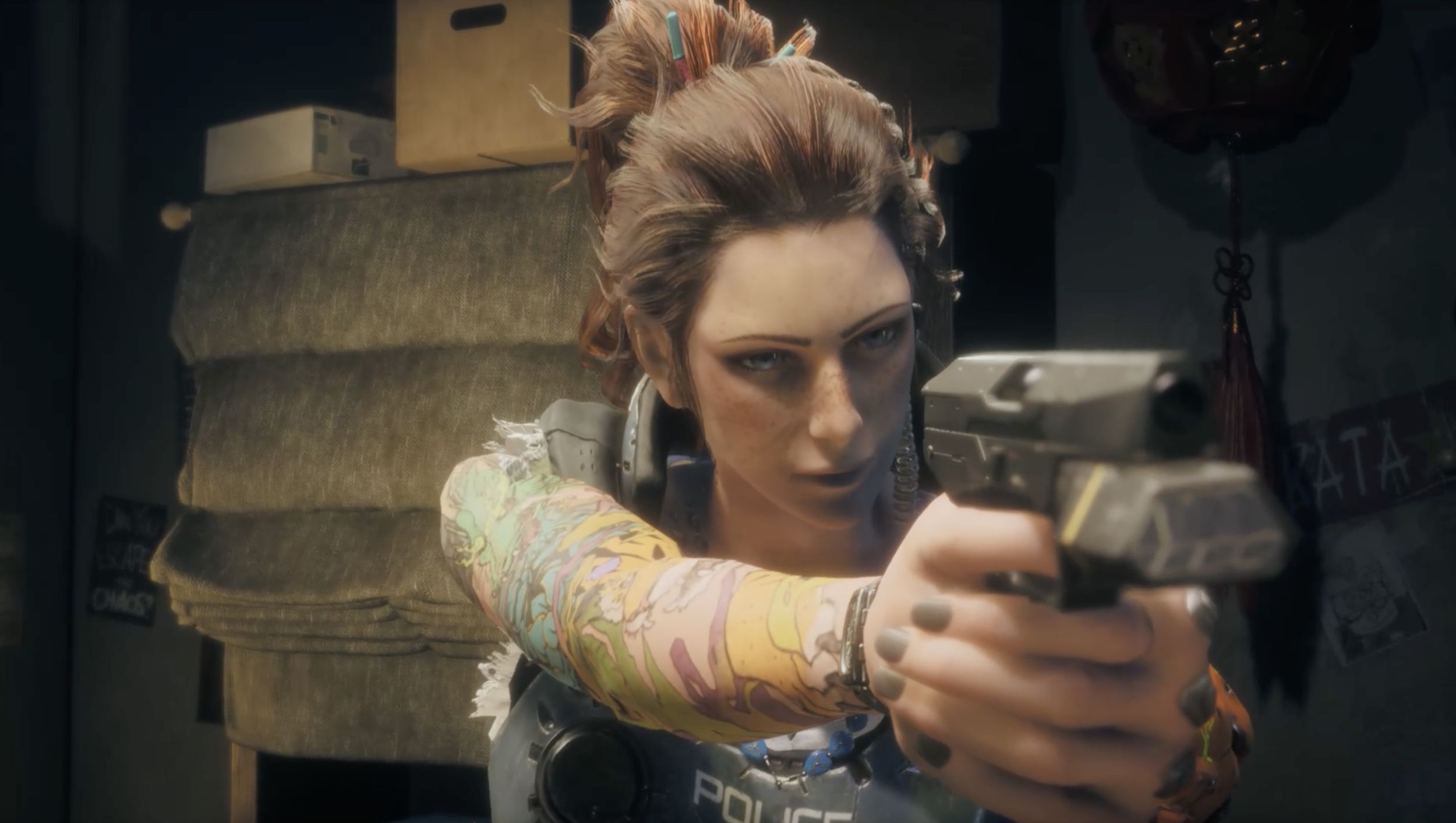 The trailer showcased a brief look at cutscenes and then moves on to the game’s bombastic and bloody action gameplay.

You can check it out below alongside another skit starring Stefanie Joosten.

If you’d like to learn more, you can check out the official description below and watch the previous trailer.

Players take on the role of Lt. Hannah Stone, stepping into a dark and dangerous vision of cyberpunk Hong Kong as leader of the “Zombie Squad”, an elite team who work outside the purview of the traditional police force. You will fall in love with Stone’s elite combat skills that combine style and substance, delivering cool slow-motion sequences, the ability to issue orders to teammates and a limb severing mechanic that changes enemy attack patterns.

Your date with Wanted: Dead this Valentine’s Day will take a stop at the Atomic Heart diner. Offering a change of pace to the game’s adrenaline-pumping combat, the diner offers a place for Lt. Stone to chill as she consumes food and drinks for buffs that will help her on her deadly missions, while giving us players the chance to get to know the eccentric cast of characters that comprise her team.