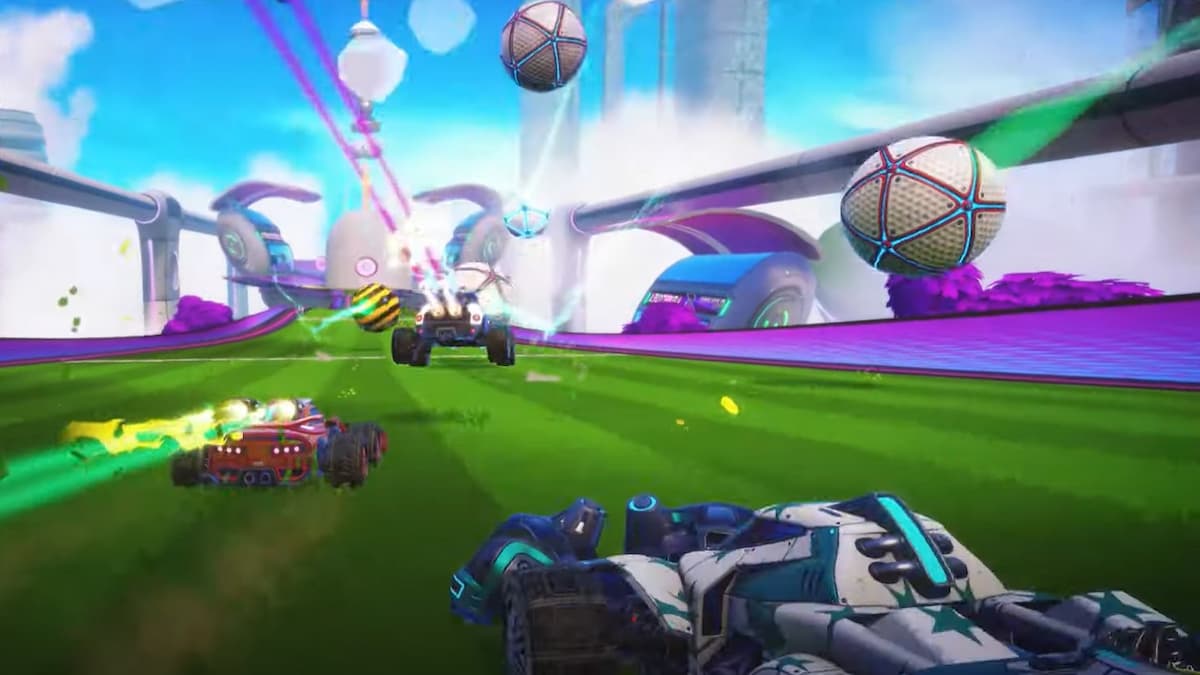 Earlier today during the Future Games Show a brand-new game titled Turbo Golf Racing was announced for Xbox Series X|S and PC. Based on this first trailer, it essentially looks like a high-speed version of golf with the gameplay of Rocket League. This title is just the second game from developers Hugecalf Studios.

It looks like each map starts out with the player’s balls lined up horizontally in a tee box of sorts and then each car boosts into their balls to drive them down the course. Unlike a typical golf game where you just play the balls as it lies, it looks like in Turbo Golf Racing that there will be a mad dash to get to your ball for the next shot.

There are obstacles to dodge and boost panels to help speed up your car along the way. On top of that, there are boost rings that you can shoot your ball through in order to make them fly even further than they normally would. Or if you want to give your opponents a hard time, you can pick up a weapon like a rocket to stop their momentum for a few seconds.

If you just can’t get enough game reveals, then you should check out the full stream of the Future Games Show Spring Showcase down below.