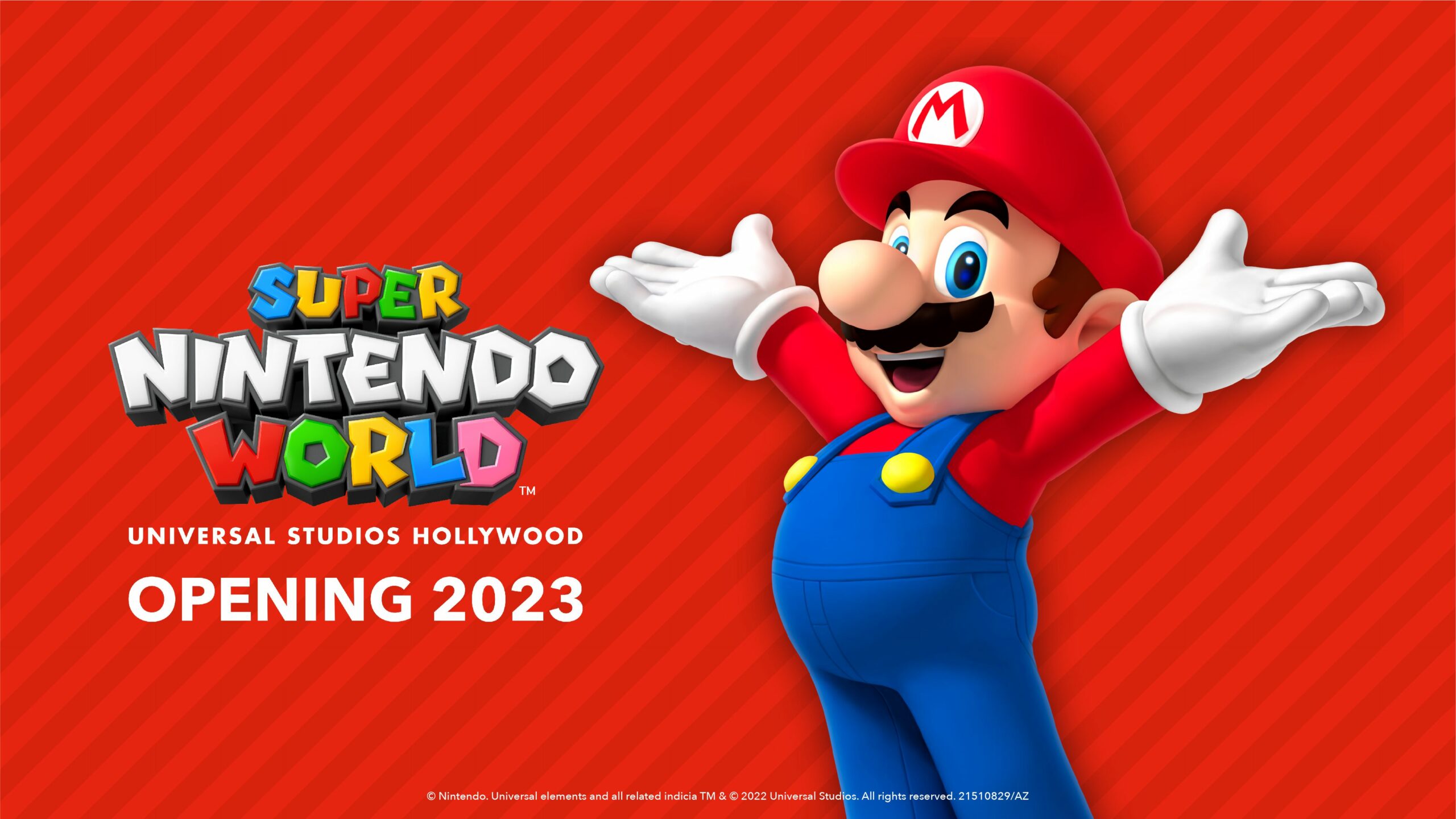 If you’re in North America and have watched with thinly-veiled envy the news about Super Nintendo World at Universal Studios Japan, today there is good news for you.

While we already knew that the west would get its own version at some point, now it’s official that it’s coming in 2023 at the Universal Studios Hollywood.

The announcement, which you can see below, also promise “exclusive merch” at the Feature Presentation store that will open soon.

If you’re not familiar with Super Nintendo World, it’s basically a park within a park originally launched at Universal Studio Japan in Osaka,  announced all the way back in 2016. It was supposed to open in time for the 2020 Olympics (the original date in 2020), but the COVID pandemic hindered Nintendo and Universal Studios’ plans causing a considerable delay.

That being said, they did somehow make that deadline, considering that the Tokyo Olympic games have also been delayed to the summer of 2021 and the grand opening happened in March last year.

At the moment it isn’t clear if the park at Universal Studios Hollywood will exactly be the same, but the Japanese counterpart will receive an “expansion” dedicated to Donkey Kong in 2024.