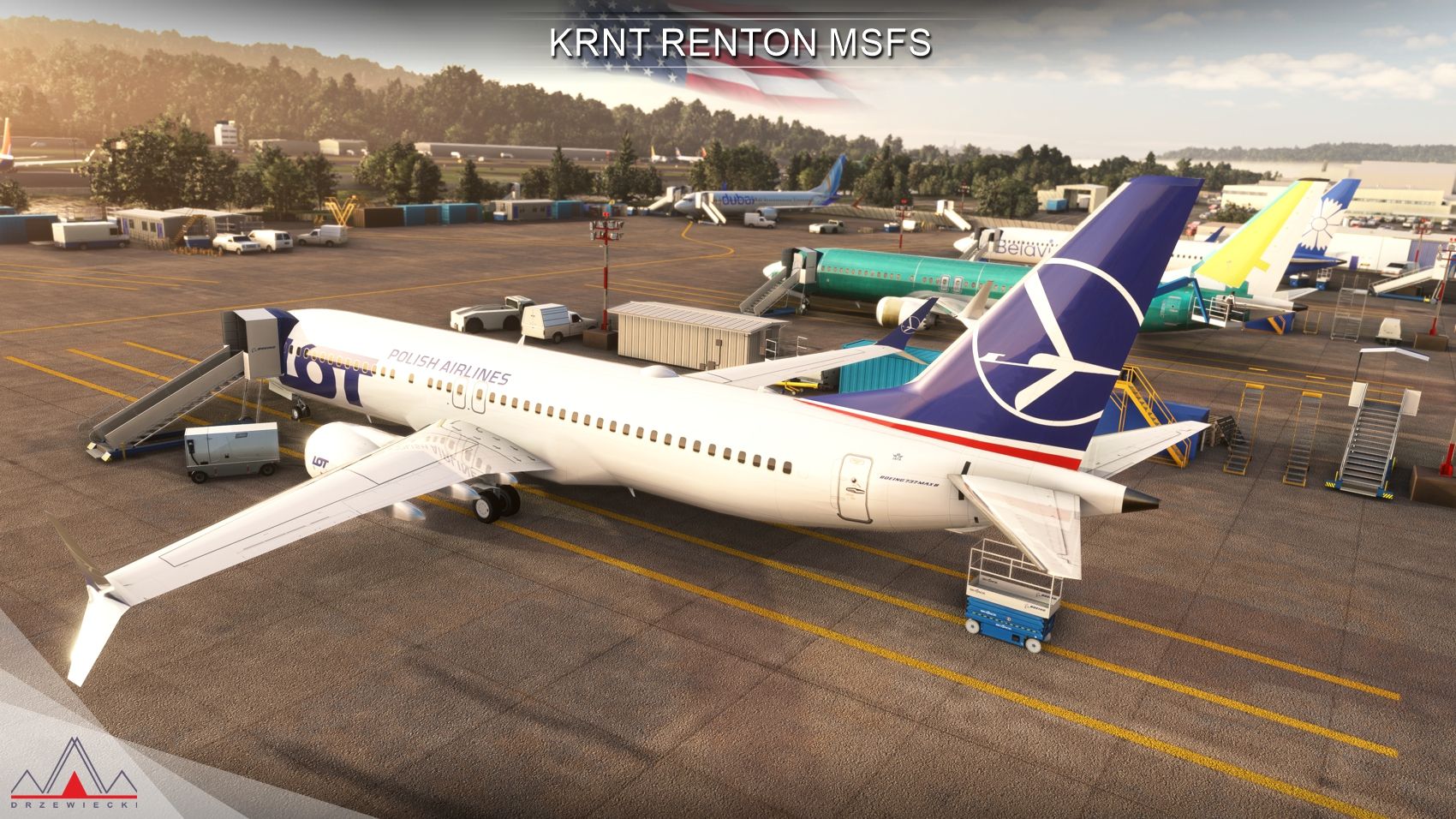 First of all, Drzewiecki Design released a new trailer and a lot of screenshots of their upcoming Renton Municipal Airport (KRNT) in the United States, including (and perhaps prominently), the attached Boeing factory.

The level of detail is absolutely crazy, with animations that are pretty much unprecedented in an airport for Microsoft Flight Simulator. As a bonus, we also get to take a look at a few static 737 MAX in PMDG livery, teasing the upcoming collaboration between the two developers to showcase the 737 release.

Do keep in mind that while PMDG did mention that the MAX is coming, it most likely won’t be soon, with the NG version coming first, starting with the -700.

The scenery appears to be close to release, and below you can also check a list of features.

Next, is another look at the upcoming Stockholm Arlanda Airport (ESSA) in Sweden, which will be published by Orbx. The screenshots show the ground level of the new Terminal 5A/B-pier.

Last, but certainly not least, Just Flight showcased new images of its FS Traffic addon. We get to see some of the models and some textured shots in the simulator. According to the developer, texturing is “well underway” on all models.