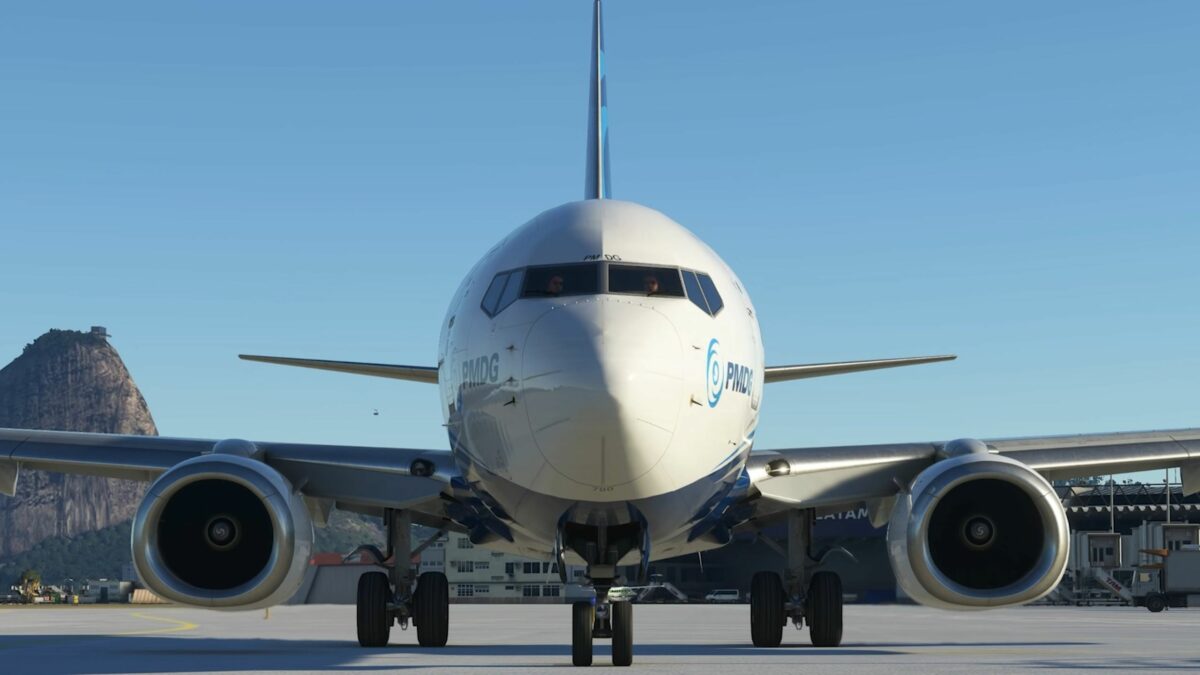 Today was a rather intense day for Microsoft Flight Simulator news, with several developers opening the floodgates of assets and info about upcoming aircraft and more.

We start with PMDG, which released the first video footage of its upcoming Boeing 737 in a new trailer.

We also got a development update from CEO Robert Randazzo.

“This has been another busy week in the PMDG 737 test program, with the beta team putting the airplane (and the dev team! ) through its paces.

Now that we have dozens of users operating the airplane as a true airplane simulation, as opposed to our fairly regimented and un-adventurous test/debug sessions, it has dramatically increased the rate at which service reports are being entered into our tracking system. During the first week of beta testing we opened 114 new reports and resolved 78 of them, leaving us with a net gain of 36 so far this week.

The items being reported fit mostly into a couple of unofficial groups, with texture/model/graphic/clickspot/animation issues making up the vast majority of the items that were speedily resolved. There are the usual, expected smattering of system functionality reports from the tech team and beta testers with a lot of knowledge of the airplane, and then we have a new and interesting grouping that I describe generally as “PMDG vs. The Sim” stuff, where our system design is originally predicated on theories that work well in other sim platforms but require modification/adjustment/new ideas in order to work well with MSFS.

We also have the development team’s favorite unofficial group, the “WTF?” grouping. In this group you will find reports of issues within long, well-tested systems that simply stop behaving properly on the new platform for reasons that don’t make much sense to anyone… Hence the unofficial name of the group. Debugging these ones takes some group ingenuity because we still don’t have a clear view of code execution when working with MSFS since the debugging tools are still in development. Asobo promised us in October that we’d have what we need by mid 2022, however- so we are very much looking forward to shedding this drag in the next few months!

We are chipping through all of them slowly and methodically and the airplane we have now is already vastly improved over what we had a week ago. We will be pushing a new build out to our beta teams this weekend and overall this product is in better than average condition for the first week of testing. If we wished, we could put the product in your hands tomorrow and it would be good-to-purpose for nearly everyone. We want to be sure to get the fit-and-polish work done, and clean up as many of the items that we are seeing that might possibly be disruptive to you in normal operation, so we keep toiling away at it.

This is a fun period of development because we finally get to see what our beta team thinks of the product. Most of these guys have been with us a very long time and they know us well enough that they don’t have to say nice things to preserve our feelings. They know what we are trying to accomplish and they do a superb job of ensuring that we have an honest, unvarnished view of how the product stands up against others in our history.

We aren’t quite ready to take the restrictions off of the beta testers, but possibly next weekend or the weekend after, we may begin to let them show you what they have been working with, and we will let them give you their impressions, show you images, answer questions and tell you about performance. In the mean time, we know you guys are dying to see the airplane in more than just a screenshot, so I took a few minutes to cobble together a quick video overview for you.”

Another video came from Digital Flight Dynamics, which showcased its Airbus A350, which will be freeware and open-source.

It certainly has made impressive progress, and you can check it out below. If you’d like to follow the project, you can find the developers on their own Discord server.

Next comes a brand new announcement from Bluebird Simulations and Just Flight. A Boeing 757 is coming in the 200 and 300 variants. It should release in the first half of 2023.

Here’s a comment from the developer and a batch of images.

“Forty years ago today the 757 first took to the skies, so we figured it would be a good to day to announce our first project for MSFS! Over the last several months we have been working hard on this project but there is still a long way to go. Our team consists of four dedicated members with decades of combined experience. This includes a programmer with over 20 years experience, two model designers and an airline pilot. In addition, we are very fortunate to have Just Flight behind this project. With our combined experience, we are committed to making this plane a great experience for all simmers.”

We also get the promise of an aircraft “accessible to simmers of all experience levels, with a significant jump in systems depth versus the MSFS airliners, providing an authentic 757 flight deck experience.”

Moving on to scenery, more images were shared about the upcoming Stockholm Arlanda Airport (ESSA) in Sweden, which will be published by Orbx.

Last, but not least, MK Studios provided the first look at the previously-announced Cork Airport (EICK) in Ireland, showcasing the terminal.