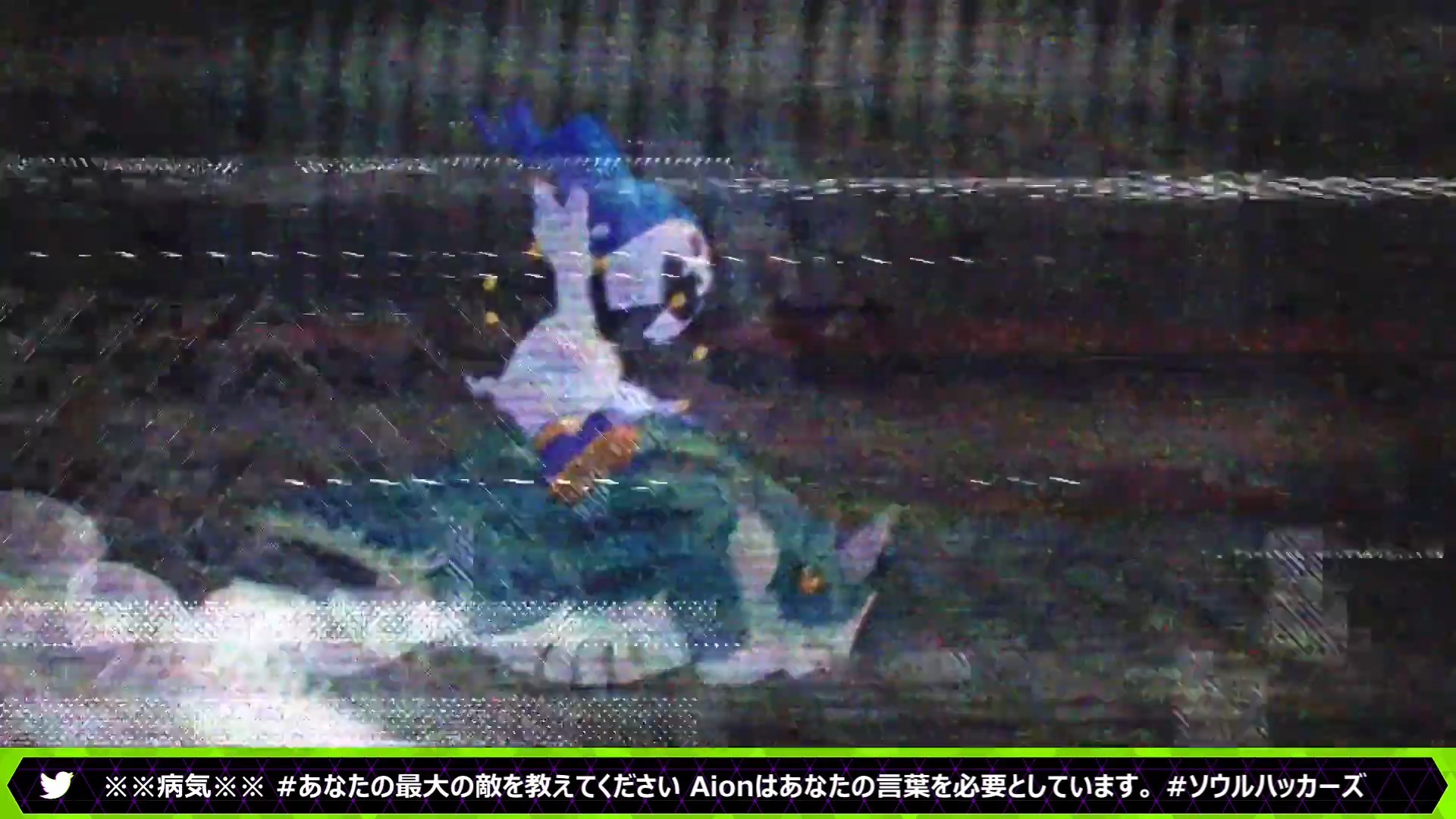 Today Atlus livestreamed another cryptic video about its upcoming “Soul Hackers” project, which will be revealed tomorrow, showcasing new images.

This time around, we get to see some known faces, in the form of Jack Frost and Zhu Tun She, which are established demons in the Megami Tensei series.

We also get to see another look at what could be the main characters, and the theme of apples (“Ringo” in Japanese) appears to be recurrent, albeit it could be the name of the protagonist or one of the characters.

We also get new scenes from Tokyo, including a recognizable view of Akihabara, specifically one of the side streets that lead from the station to the main street of Chuo Dori, where you can find popular shops like Hobby Paradise, Radio Kaikan, and Gamers.

You can see a gallery of all the images below alongside a view of the street I’m talking about from Google Maps.

This follows more images teased yesterday, including a glimpse on the R1 button in the interface, which could indicate a PlayStation game. Whether it’s exclusive or not, we do not know.

If the name “Soul Hackers” rings a bell, Devil Summoner: Soul Hackers, is a JRPG released by Atlus in 1997 for Sega Saturn as a spin-off of the popular Megami Tensei series.

It was then ported to PlayStation in 1999 and 3DS in 2012 when it finally was localized for the west.