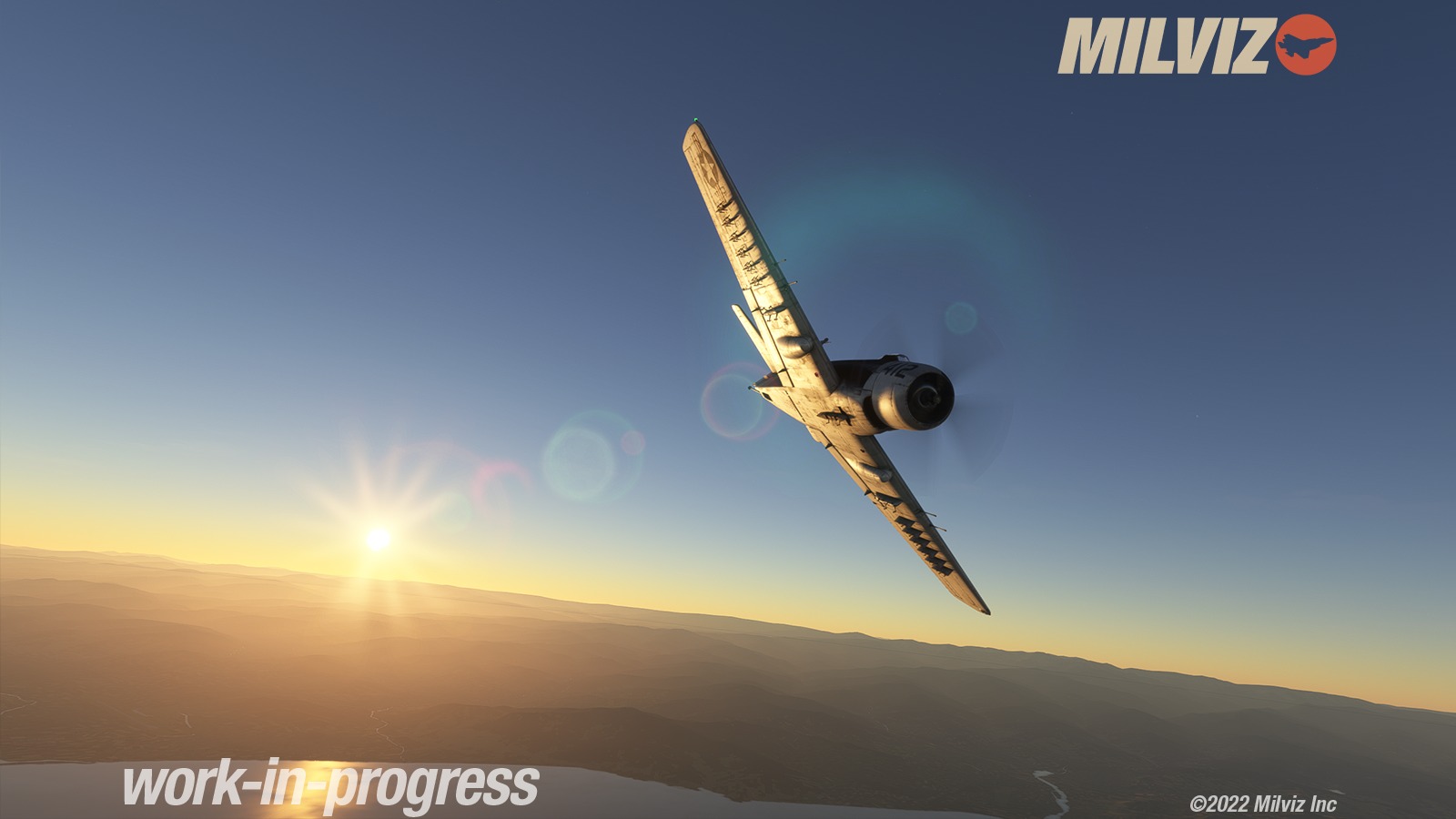 We start with MilViz, which lately is having a lot of fun releasing single screenshots of its upcoming aircraft.

That’s quite the tease, but below you can see the A-1H Skyraider in all its glory.

Next is SimWorks Studios, which provided new screenshots of its Van’s Aircraft RV-14. The developer is currently seeking pilots to verify the flight model.

Last, but not least, is a true classic. We get new screenshots showing the liveries of the vintage airliner Boeing 247 by Wing42.

Perhaps even more exciting is the fact that the developer announced that they managed to implement radio range navigation, which will bring another rather complex and challenging way to find your bearings in the sim.

You can read the full details on Wing42’s blog post.