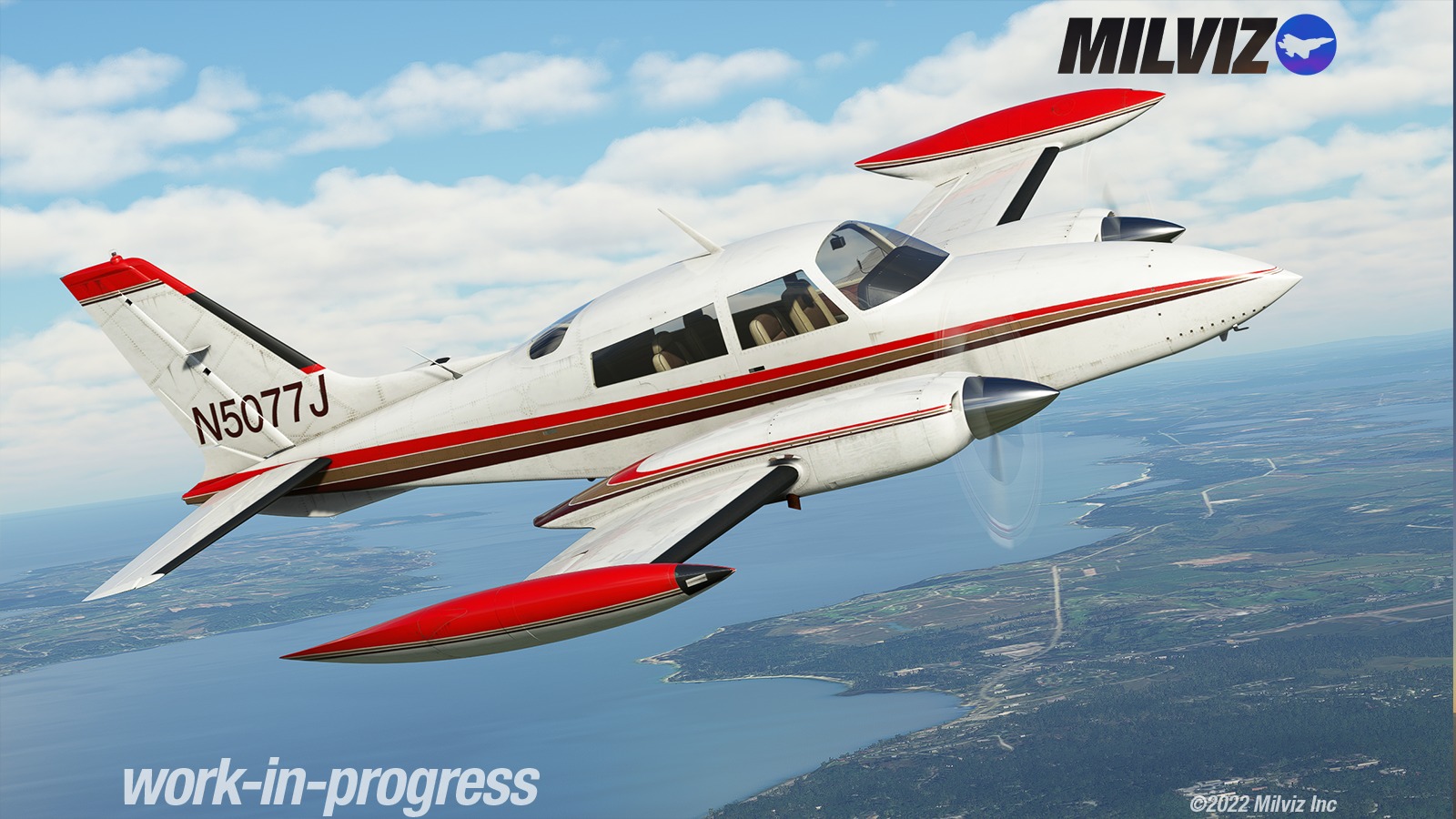 We start with MilViz, which posted another singular image of the upcoming Cessna 310.

A specific release date has not been announced yet, but it should be fairly close. It certainly looks promising.

Next is Drzewiecki Design, which provided a new look at  Bydgoszcz Ignacy Jan Paderewski Airport (EPBY) in Poland.

Last, but not least, Gate15Scenery released new images of its Nanki–Shirahama Airport (RJBD) in Japan. The assets appear to be completed and the developer is moving on to placing them in the simulator’s SDK.