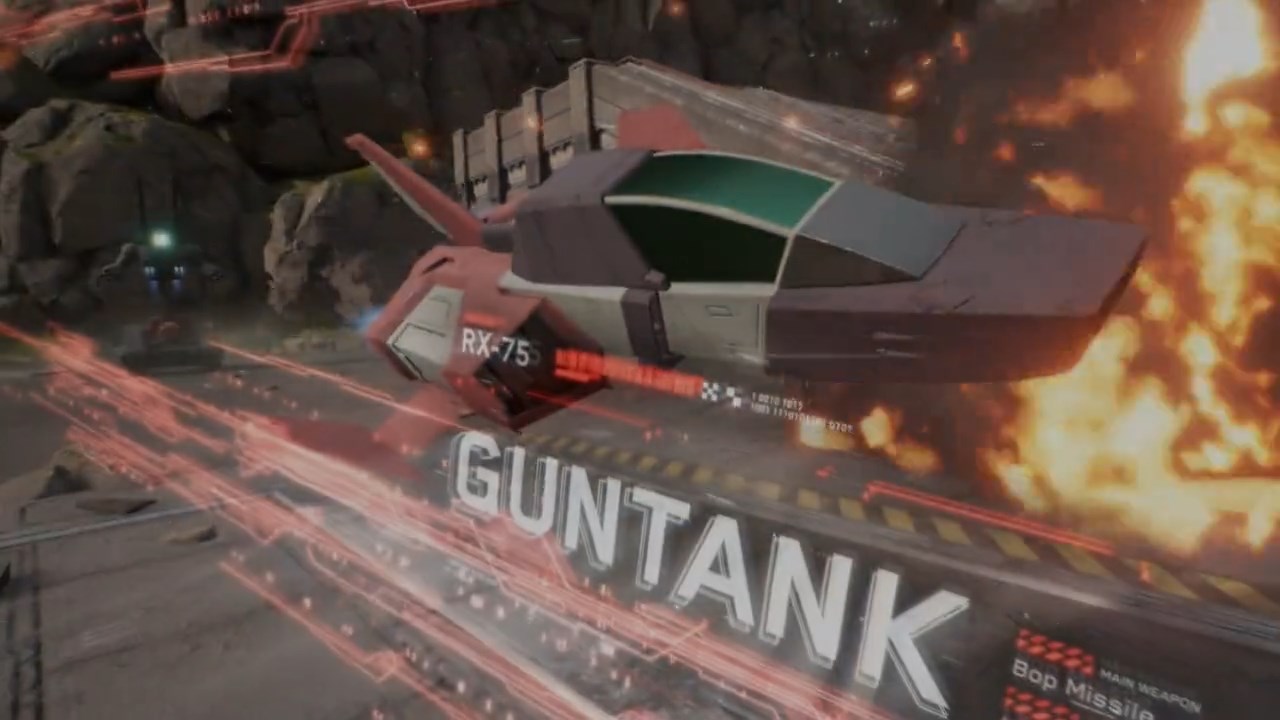 We start with the RX-75 Guntank and its main weapon, the iconic 40mm Bop Missile Launcher. It can automatically aim and damage multiple targets or deal concentrated damage to a single one its in alternate mode. It can overheat, so you need to be careful.

The first active skill activates the equally-iconic 120mm Low-Recoil Cannon. It generates a blast effect where it hits, so it can damage multiple targets.

The second Active Skill is “Rush” which blocks frontal attacks while dashing forward and hitting and knocking back enemies. You can damage enemies further while doing so with a left click while the skill is active.

The next active skill is Fast Recovery. You can revive allies faster than usual, but it has a cooldown.

The G-Maneuver is Core Fighter Launch, which lets you fly the Core Fighter and hit enemies with an explosion. It can be done from a safe place.

Next, we take a look at the RGM-79SP GM Sniper II and its abilities.

Of course, its signature main weapon is the Franz EF-KAR98K 75mm Sniper Rifle, which lets you hit enemies from long distances thanks to its magnification scope.

If they get close, you can use the first active skill, the Vulcan Gun Pod, which fires a burst that will hit enemies in your reticle at close range.

The second active skill is the Jump Booster, which deploys a jump pad that lets you reach higher places. You can hold the button to destroy it afterward or leave it there.

Next, we have the active skill “Recovery Gun” that lets you revive enemies from a distance.

The G-Maneuver is “Sensor Visor.” It outlines enemies in the battle zone even through walls and reduces the use of your boost gauge, letting you snipe enemies even from the air.