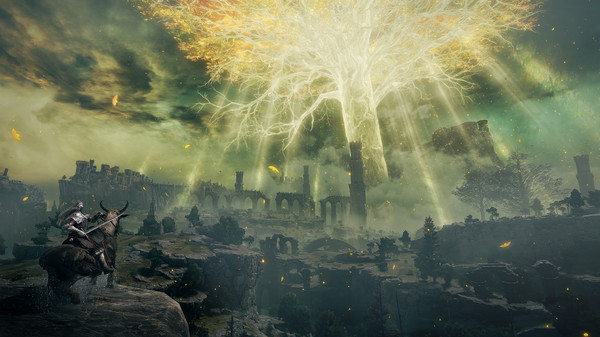 Rolling away from enemy attacks is one of the most important movement options you have in FromSoftware’s Soulsborne games. It’s still important in Elden Ring, but there’s another type of movement you can do with the same button that’s a great tool for evading enemies in an open world or enclosed arena. Here’s everything you need to know about how to sprint and run faster in Elden Ring.

How to Sprint and Run Faster in Elden Ring

In a tough game like Elden Ring, being able to run away from enemies or bosses that are above your pay grade is extremely useful. For most cases, the spectral steed Torrent is the better mode of hightailing it out of a bad situation in an open world.

That’s not to say that sprinting is useless. There are some precarious and enclosed areas that aren’t ideal for navigating with Torrent. Traveling on foot can sometimes be the better option.

Elden Ring has plenty of bosses and powerful enemies scattered around the Lands Between that can mess you up pretty quickly if you’re not prepared to fight or run from them.

At the same time, it also has the traditional boss arenas that stop you from leaving a fight. Running is best used to evade enemy attacks that have massive tells and low accuracy. In order to start running, you have to press and hold Circle/B while moving in any direction.

One of the best early examples of when you can run to avoid attacks in Elden Ring is with the first story boss, Margit, the Fell Omen. This boss has multiple attacks that can be avoided with the help of sprinting.

The biggest example is the attack where he jumps in the air and slams his hammer down. If you have enough space in any direction and time your run properly, then you should be able to avoid taking any damage by sprinting away.

Here’s a quick summary of how to sprint and run faster in Elden Ring:

That’s all there is to know about how to sprint and run faster in Elden Ring. For any more information on this fantastic game, just check out our guide wiki.