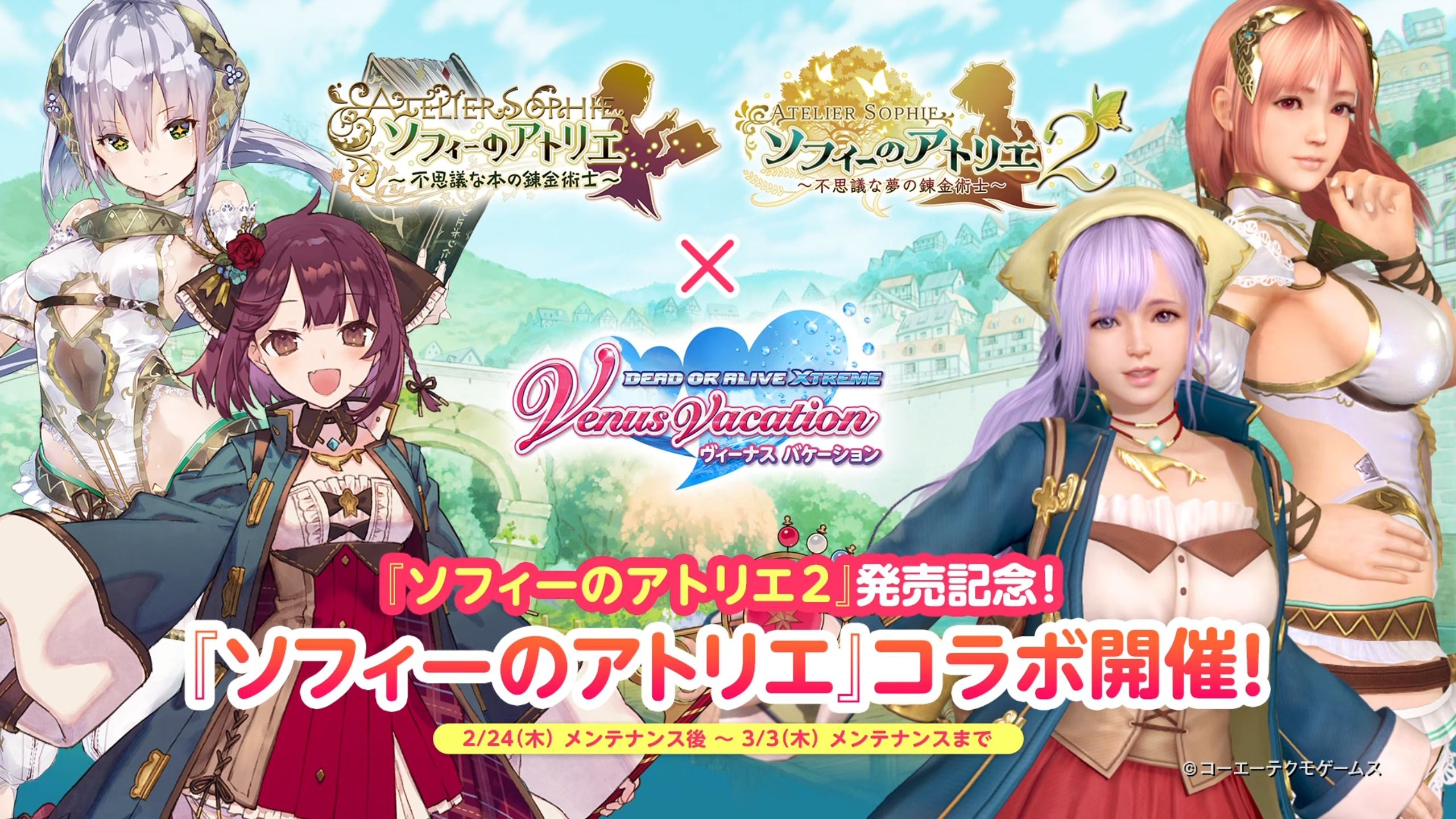 Koei Tecmo is celebrating the release of Atelier Sophie 2: The Alchemist of the Mysterious Dream, Koei Tecmo in Dead or Alive Xtreme: Venus Vacation.

The Japanese version of the popular free-to-play Dead or Alive game got a new gacha today including Sophie and Plachta’s costumes for ten among the current cast of heroines.

As a bonus, the SSR chance is the improved 3.3%, and it includes a chance to unlock Elise, which is pretty neat.

Incidentally, speaking of bonuses, the monthly round of freebies tied to the latest livestream dedicated to the game has also been distributed, including an SSR ticket for the February trend gacha, 5,000 V-Stones, and more.

This should grant you at the very least one roll with the new Atelier Sophie gacha.

Keep in mind that this crossover is not available yet in the Steam version in English, which is mostly behind in content by over a year.