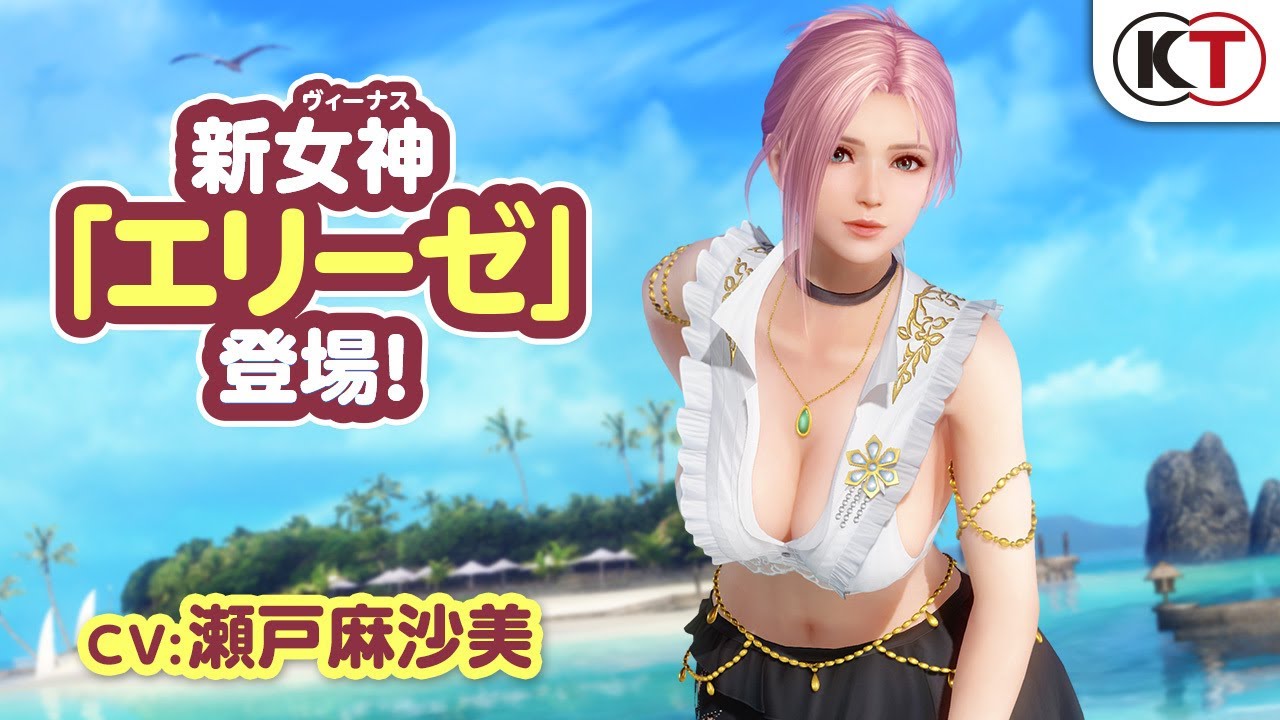 Her name is Elise and she defines herself as a “leader.” Apparently, she has come to the island to straighten the lazy owners’ backs and turn them into efficient administrators.

She is 22, 168 cm tall, sized B94, W58, H90, blood-type A, and her hobbies are collecting stationeries and achieving new qualifications. Basically, she’s a natural-born workaholic. Her birthday is on September 3 and she is voiced by Asami Seto.

You may know her as Saint Louis and Sovetskaya Belorussiya in Azur Lane, Sonia Blanche in Shining Resonance, Wildbell in the Atelier Dusk series,  Raphtalia in The Rising of the Shield Hero, Mirage Farina Jenius in Macross Delta, and many more roles.

You can check her out in the video below.

Do keep in mind that Elise’s introduction doesn’t mean that you can unlock her immediately unless you’re willing to pay cold hard cash for the opportunity.

The new character is already available exclusively via a paid gacha. While the SSR rate is the usual 1.10%, Koei Tecmo pretty much cheats by throwing in a bunch of unrelated SSR outfits reducing the percentage to a ridiculously low 0.78% to actually get Elise. She likely won’t be available in non-paid gacha for several months.

On the plus side, this means that the previous addition, Nanami, should be available in free gachas soonish.

Keep in mind that Elise is not available yet in the Steam version in English, which is behind in content by over a year. It’ll take a long while for her to appear.