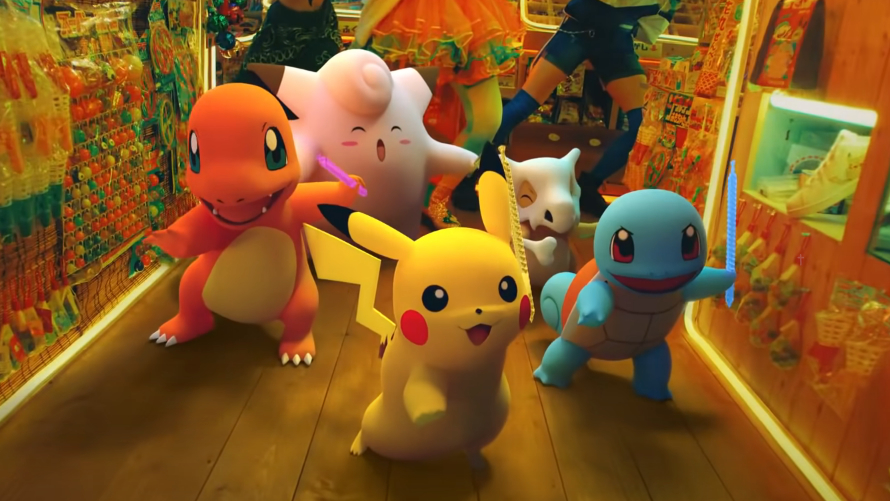 The video takes place in a Japanese convenience store and features popular things from the time Pokemon first released in 1996. The dancers hold up Game Boys to gain entry into the store, which sells a wide variety of nostalgic Japanese candies.

Throughout the video, we see Pikachu dancing to the music along with other Pokemon friends, such as Charmander, Clefairy, Squirtle, Cubone, and even Snorlax.

If you listen carefully, you’ll be able to hear many sound effects from the original Pokemon game. The lyrics to the song “Reconnect” also have plenty of references to Pokemon, such as catching them all, traveling across regions, rare candies, HP, and more.

It’s a pretty catchy and uplifting song, and the music video is well-made with adorable Pokemon CGI. You have to watch it for yourself to see what we mean, and we dare you to not dance along as it plays.

You can watch the entirety of Yaffle’s “Reconnect” music video below.

If you’re interested in learning about what else has been going on to celebrate Pokemon Day over the past week, you can catch up on everything that was planned right here. Additionally, if you want to know what else to expect for the big anniversary, you can read about the upcoming Pokemon Presents broadcast right here.