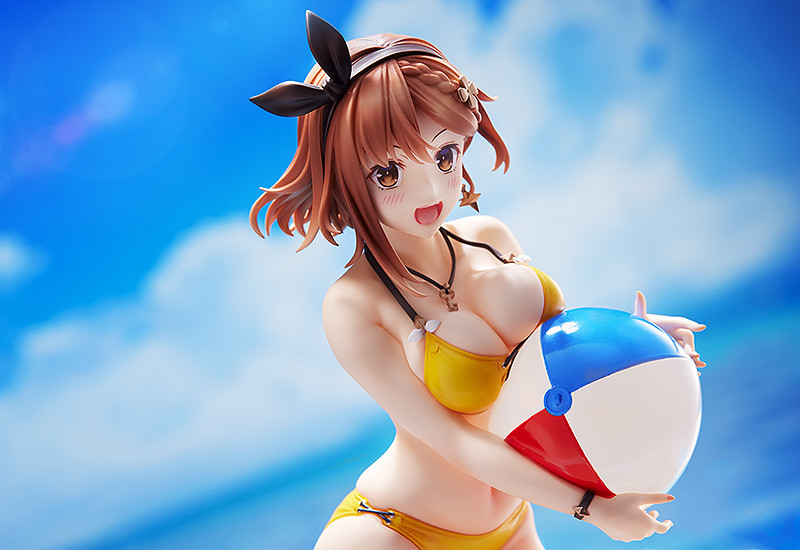 The figure can be found at the company’s Japanese and American websites for 16,900 yen or $169.99 respectively.

The release window is November 2022 for Japan and January 2023 for North America.

The prototype was sculpted by Manabu Kato and painted by Ken in 1/7 scale, resulting in a figure approximately 260mm tall.

Below you can check out a gallery with a bunch of image and the official description. Incidentally, another bikini figure from Atelier Ryza 2 is coming from Taito.

From “Atelier Ryza 2: Lost Legends & the Secret Fairy” comes a scale figure of Ryza, also known as Reisalin Stout, in a bold swimsuit outfit! The elastic look of the beach ball held up to Ryza’s chest and her beautiful physique have been faithfully recreated. She can also be displayed wearing her trademark hat! The gorgeous blue ocean on the base of the figure has been carefully recreated with the use of translucent parts. A Puni made out of sand also rests at Ryza’s feet. Be sure to add her to your collection!”

Atelier Ryza 2: Lost Legends & the Secret Fairy is available for PS5, PS4, Nintendo Switch, and PC, and you can read our review.

If you’re interested in more Atelier news, today we got plenty of reveals about the upcoming Atelier Sophie 2: The Alchemist of the Mysterious Dream.