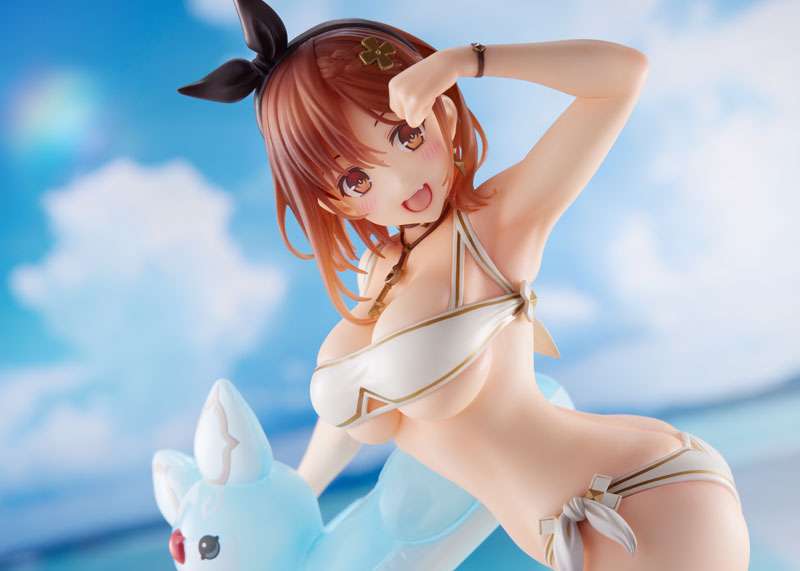 Atelier Ryza 2: Lost Legends & the Secret Fairy has certainly sparked the imagination of many Japanese figure manufacturers, and its adorable protagonist will get another figure soon enough.

Taito’s brand Spiritale just made the figure available for pre-order, portraying Reisalin Stout in her swimsuit, inspired by a charming illustration by her character designer Toridamono.

You can find her at AmiAmi for 24,750 yen, which approximately translates into $216.

The release window isn’t too far, as the figure will be shipped in July 2022, just in time for the summer.

The scale is 1/6, and she’s come with a jewel sticker bonus.

If you want to learn more about Atelier Ryza 2: Lost Legends & the Secret Fairy, which is the second game of the trilogy, you can read our interview with producer Junzo Hosoi and our review.

The game is available for PS5, PS4, Nintendo Switch, and PC.