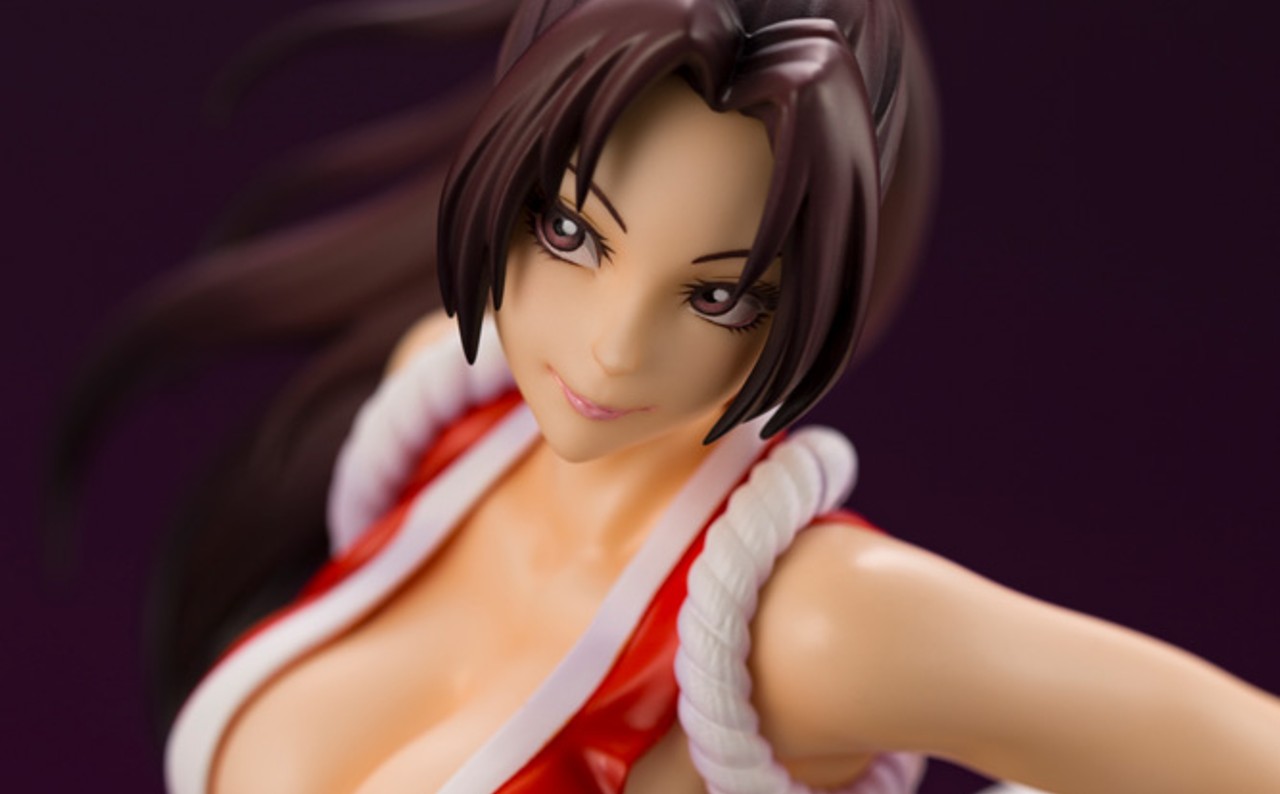 Kotobukiya has just unveiled the first images for its upcoming King of Fighters figurine of Mai Shiranui. The statue is just the latest in a long line of long-running Bshoujo figures, and is based on the character’s unique look in the  SNK’s fighting game The King of Fighters ’98: The Slugfest.

You can check out an official google translated description of the product and some pictures below:

ROUND ONE READY GO!
Mai Shiranui, a female fighter team, participates in the BISHOUJO series for the first time from the dream match “KOF’98”, which is often called the best masterpiece of the fighting game “The King of Fighters” series!
The fascinating Kunoichi drawn by illustrator Shunya Yamashita just for this figure has been made into a three-dimensional figure by the prototype master Keiki Fujimoto.

Starting with a healthy upper body wrapped in a red and white Kunoichi costume, a
perfect balance between the back belt and buttocks, and the beautiful lines of the body from the exposed thighs to the back of the knees
. It will explode in your room as a model that you want to take a closer look at from an angle.

The pedestal reproduces the road surface under the overpass of the JAPAN STREET stage, which has an anecdote that Osaka in Japan reproduced the front of the SNK headquarters that once existed in Esaka.

Please step into the KOF World, where you can enjoy content on almost all consoles, smartphones, and PCs, including this figure, and immerse yourself in its charm.

This Bishoujo Mai Shiranui is expected to be available for pre-order soon, with the figurine launching in late-2022. While there isn’t an exact price yet, previous figures have sold for around $100—$120.

For more information, head on over to the official website. And if you’re still on the hunt for more figures, be sure to check out the rest of Twinfinite, as we’ve got everything from Persona 5 to Atelier Ryza 2 for you to enjoy.