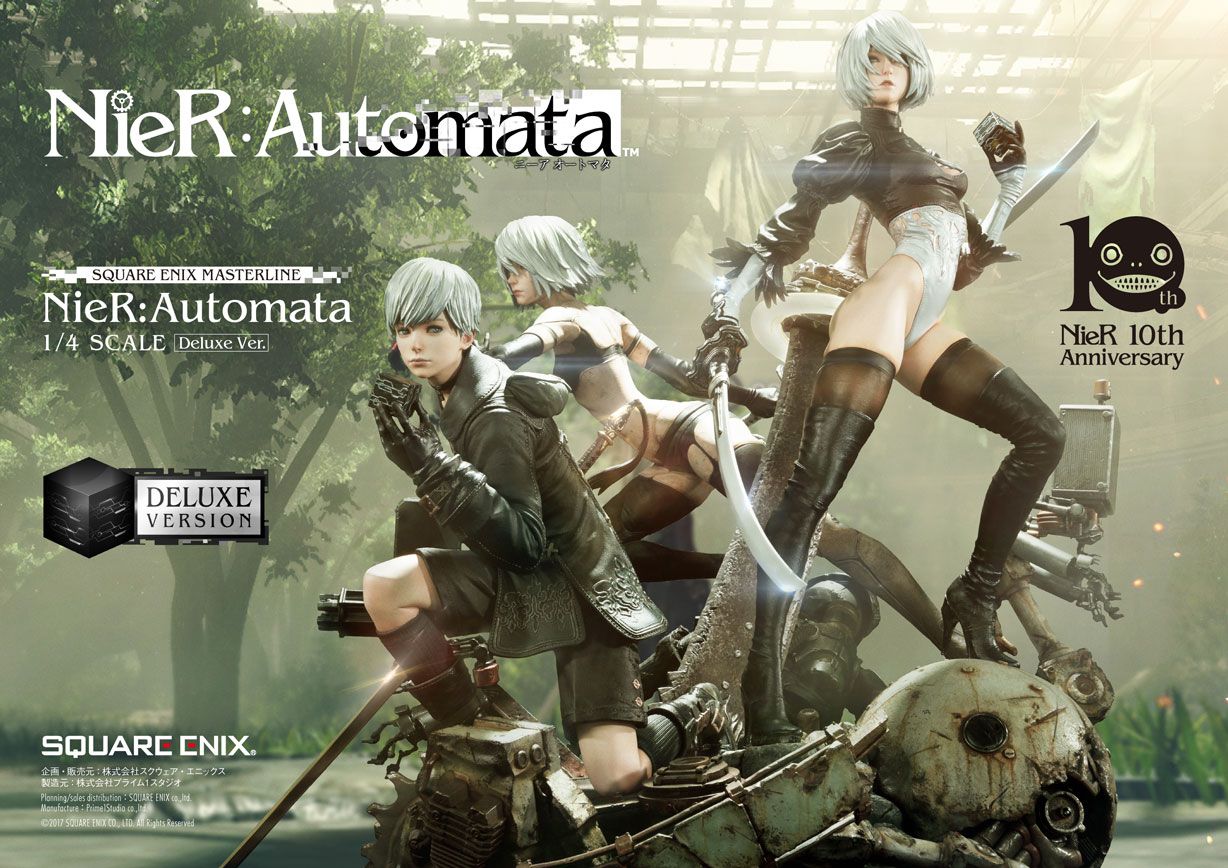 Back in 2020, Square Enix made headlines with an absolutely gorgeous series of 1/4 “Masterline” figures dedicated to NieR Automata and they’ll soon be delivered.

The most expensive of the bunch, the Deluxe Version, costs $3,399 and will be released in March. While most of us won’t have a chance to own it, at least we can take a good look at what it looks like with a new video.

Today Square Enix released an unboxing video in which the trio of figures portraying androids 2B, 9S, and A2 are assembled alongside their complex base.

In a previous video, we saw how they impressed Yoko Taro, Yusuke Saito, and Takahisa Taura themselves, and that’s not very surprising considering that they’re made by Prime1 Studio, widely considered masters of the high end for video game and pop culture figures.

Now, you get to share the emotion of opening the box and putting the diorama together in the video below.

It’s worth mentioning that another Masterline figure is coming, this time featuring Terra from Final Fantasy VI. I don’t think my heart can take how much it’ll cost.

NieR: Automata is currently available for PS4, Xbox One, and PC.