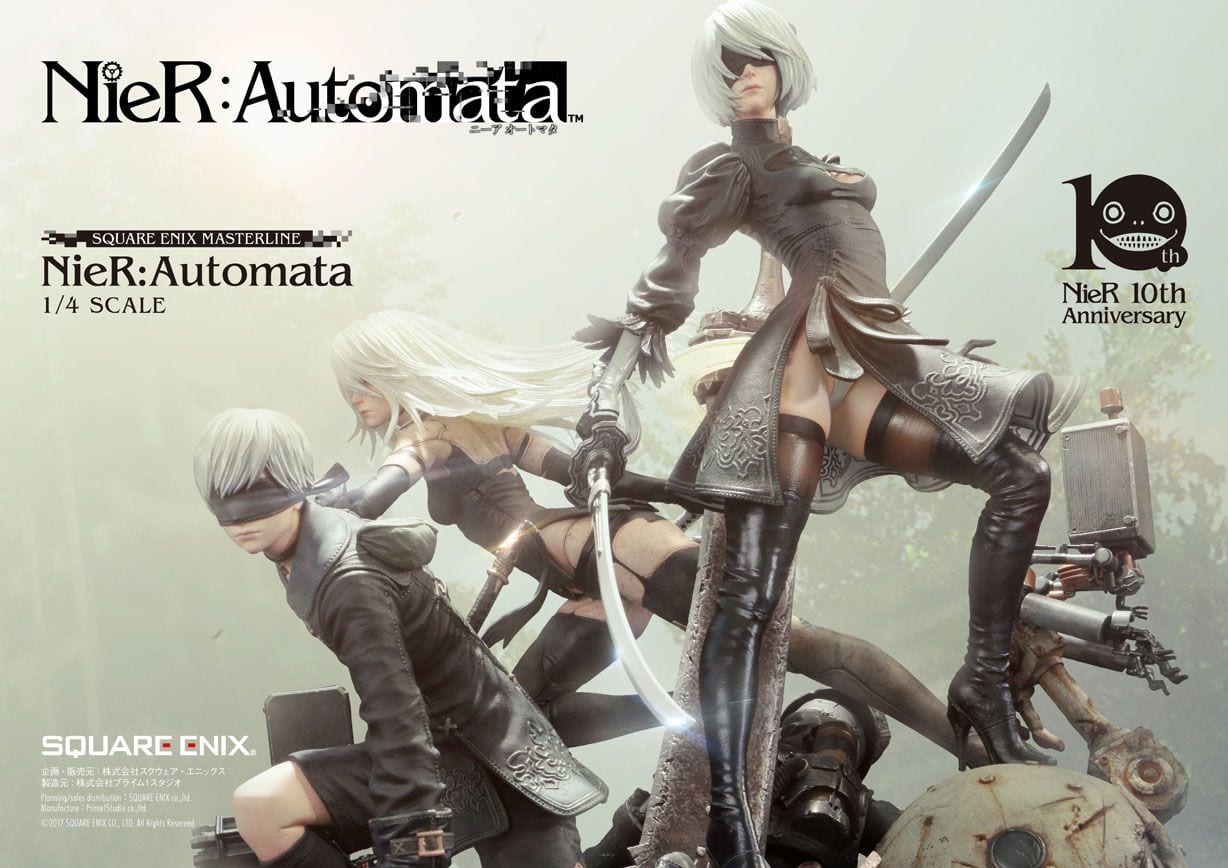 The video features the game’s director Yoko Taro, producer Yusuke Saito, and designer Takahisa Taura as they comment on the two statue portraying 2B, A2, and 9S, and their less-expensive counterpart featuring only 2B.

You can check out what they mentioned below. As usual, Yoko Taro proves once more to be a rare treasure in today’s gaming industry. He always manages to make me smile.

All three statues are available for pre-order now with the DX version priced at $3,399, the standard version at $2,849, and the statue featuring 2B on her own carrying a slightly less crazy price tag at $979.

If you’re like me and you’ll never, ever be able to purchase something like this, you can check out more NieR: Automata figures like 2B and 9S’s Play Arts Kai action figures, and 2B’s Nendoroid.

NieR: Automata is currently available for PS4, Xbox One, and PC. . If you want to know why it’s so beloved by the fans (enough to spend over $3,000 for a masterful recreation of its beloved characters), you can check out our review.