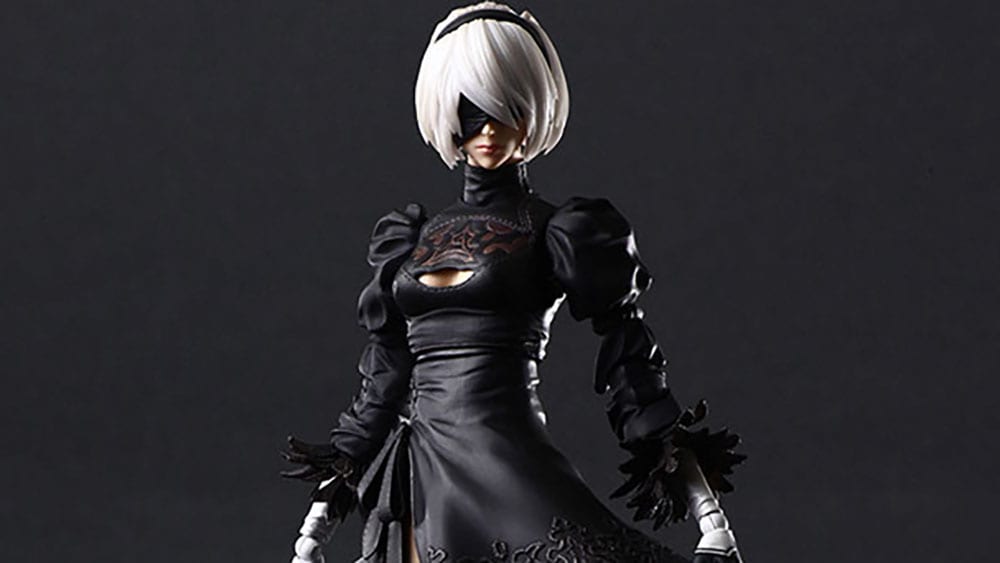 While NieR: Automata was launched over three years ago, it’s certainly still very popular among the fans and Square Enix has a few treats in store.

Everyone’s favorite android YoRHa No.2 Type B is going to get a new Play Arts Kai action figure directly from Square Enix.

It comes in two versions, standard, and DX Edition. Of course, they differ in price (respectively 12,200 yen and 16,300 yen at Ami Ami, which translate approximately into $116 and $155) and in the accessories provided.

The standard edition comes with a single sword and four alternate hands. The DX Edition includes an additional sword, Pod 042, an alternate “self-destructed” body, and two additional faces (including one without visor).

On top of the action figure, we’re also getting a fetching plastic model kit of the Flight Unit Ho229 Type-B, priced at 12,980 yen (approximately $124 at Ami Ami) and releasing in March 2021.

It’s transformable and it comes with its own minifigures of 2B herself and Pod 042.

You can check a few pictures out in the gallery below.

Nier: Automata is currently available for PS4, PC, and Xbox One. If you want to know why it’s so beloved by the fans, you can check out our review.