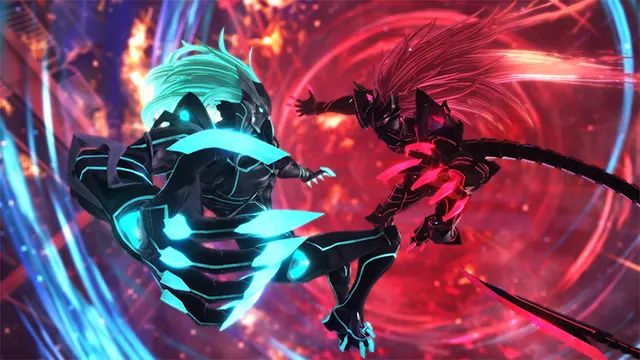 Today Nihon Falcom opened a teaser website to announce The Legend of Heroes: Kuro no Kiseki II – Crimson Sin and showcase the first screenshots and details.

More images about this sequel of The Legend of Heroes: Kuro no Kiseki were also showcased in the latest issue of Weekly Famitsu, and you can see them in the gallery below.

Incidentally, we also see character art by Katsumi Enami, who will reprise his role as character designer.

We also get a blurb of the plot, but I’ve put it below the gallery since it obviously includes spoilers about The Legend of Heroes: Kuro no Kiseki. Read at your own risk.

The threat of the mafia organization “Armata” is in the past and the Republic of Calvard has regained its former peace.

Then one day, in a corner of the capital city of Edith, a bizarre incident happens and a special unit of the CID (Central Intelligence Division) is slaughtered by an unknown party.

Calvard’s police and the Bracer Guild start working together to find a solution to the case, while organizations in the underworld smell trouble and start to work behind the scenes.

And then, Van Arkride, a “Spriggan” problem solver starts to investigate after receiving a visit from someone.

Who exactly caused this murder? What is their purpose? And what about Agnes’ quest to find her great-grandfather’s last legacy, the Eighth Genesis?

The road of the beastly “Red Rei Akaguroi” and chance encounters between boys and girls in pursuit of “something” will lead their “legend of heroes” to an inevitable cause and effect.

While this means that we’re going to finally be able to experience some relevant missing chapters of the franchise, it also means that we likely have a long wait ahead of us before we can get our hands on Kuro no Kiseki and its sequel in English.