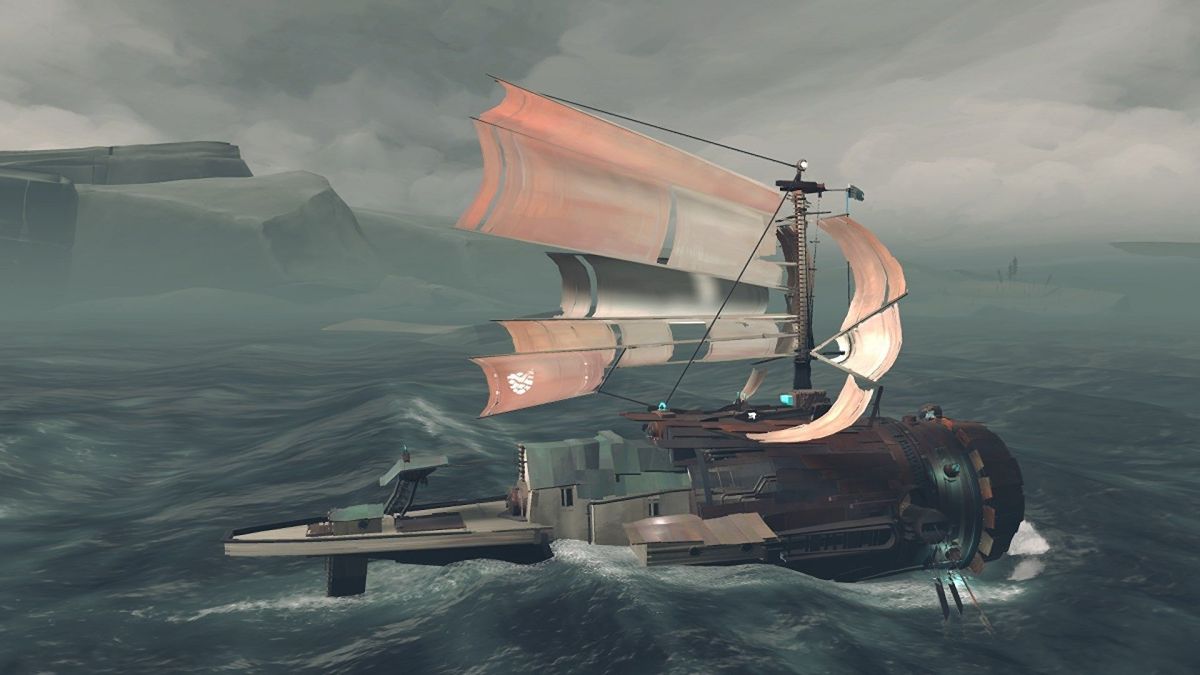 Today, it was confirmed that the upcoming atmospheric seafaring puzzle game, FAR: Changing Tides, is releasing next month, March 1, 2022. Just like its predecessor, FAR: Lone Sails, is once again being developed by Okomotive.

This news came by way of a few different release date announcement trailers, as the game is set to release on multiple platforms. We’ve included the PlayStation teaser below:

To celebrate the upcoming release, Okomotive Creative Lead, Artist, and Founder Don Schmocker also wrote up a piece on the official PlayStation Blog. In the article, he stated how the team listened to player feedback for FAR: Changing Tides, delved into the changes that have been made, and explained how important the relationship between protagonist Toe and the ship will be as the story goes on:

Following the release of our debut game, FAR: Lone Sails, we had a lot of feedback from fans that spoke to how the meditative, reflective nature of the game resonated with them. For FAR: Changing Tides, we wanted to ensure that we captured that same familiar, meditative atmosphere whilst offering players a fresh, thought-provoking experience.

We’ve expanded on the setting seen in Lone Sails but instead of sun-scorched, dusty plains, players will face stormy waters and submerged cities. We hope that this new environment combined with new puzzles and ship mechanics will bring an exciting experience to fans of the series and new players alike.

In FAR: Changing Tides, the player’s journey takes place almost entirely on the water, both above and below the waves, and we wanted to create a vehicle that could stay with them for all of that. The sails and oars are perfect for navigating the world above the surface, and these can be retracted and the engine engaged for exploration beneath the waves.

As the player progresses through the game, they will see a relationship develop between the protagonist, Toe, and the ship. The relationship is a symbiotic one, the ship won’t sail without Toe to control the sails or oars, and Toe can’t overcome certain obstacles without the ship.

You can check out more of Schmocker’s thoughts on the game in the full blog post, which is linked above. FAR: Changing Tides is coming to PC, Nintendo Switch, PS4, PS5, Xbox Series X|S, and Xbox One on March 1.