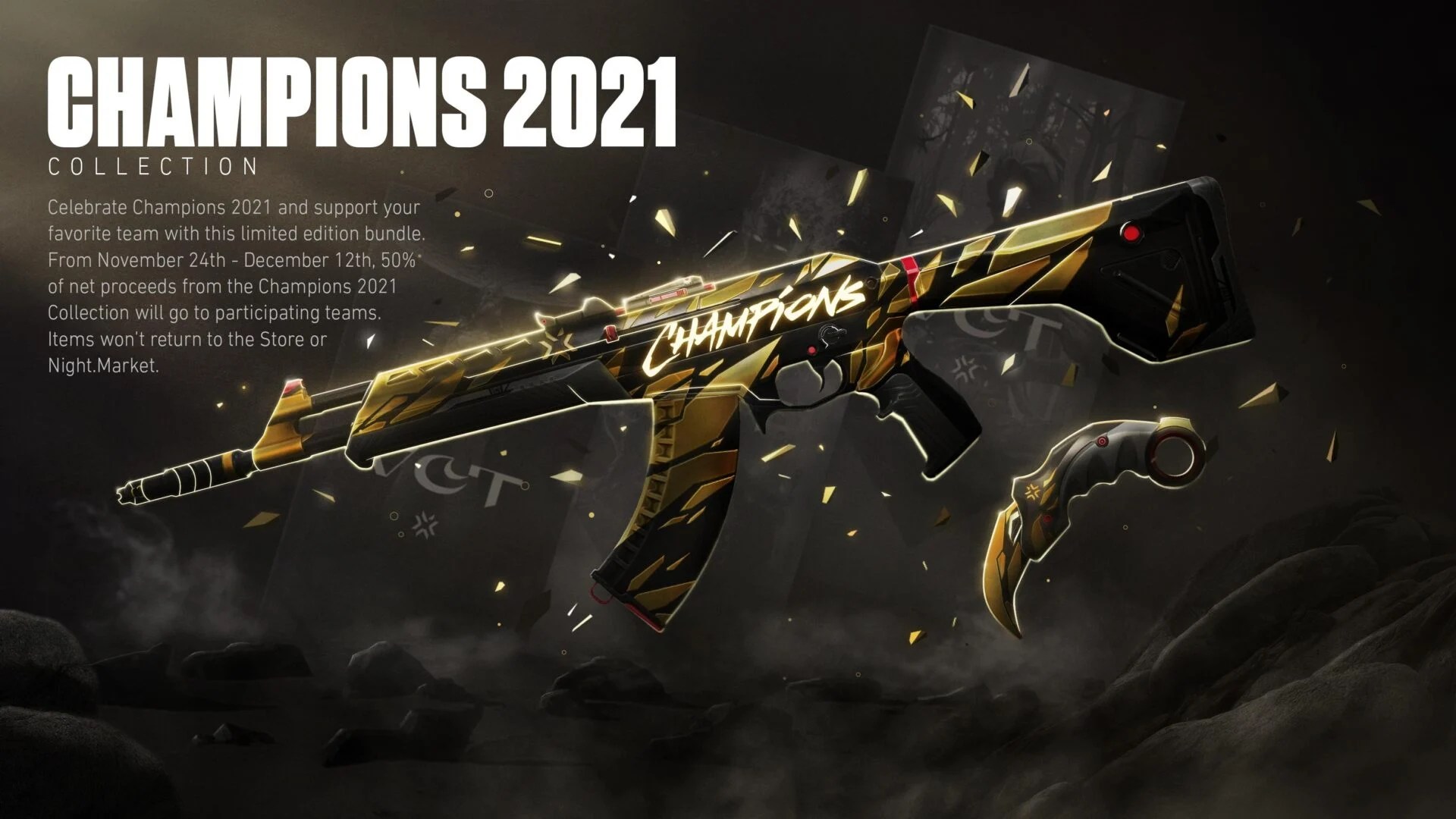 The Champions skin bundle released as part of this month’s festivities for the game’s biggest esports tournament of all time was cool for more reasons than just its design.

Part of the appeal of purchasing the bundle was the promise that 50% of the proceeds would be evenly distributed amongst the 10 teams competing. It was a nice way for fans to support their teams, and it meant extra money for players from smaller regions and minor esports orgs that don’t typically support notable salaries.

Today, Riot Games has announced that a whopping $7.5 million has been raised for the 10 qualified Champions teams, meaning that each should receive around $750,000. Given the prize for the tournament’s winning team is $350,000, this is no insignificant amount of money and it should help ensure esports organizations continue their interest in Valorant as an esport. It’s a win for Riot Games, the fans, players, and esports organizations alike.

Through your support the Champions Collection has raised more than $7.5M for qualified Champions teams!

You can continue to support participating teams until the Champions Collection leaves the store on December 13. pic.twitter.com/A2nAT8GOjB

Champions is the culmination of Riot Games’ epic year-long Valorant esports tournament, and it’s just about to enter its knockout stages. Two favorites have already been knocked out as North America’s Sentinels and Envy were sent packing by Kru Esports and X10C from Argentina and Thailand respectively. It’s a fascinating storyline that has been one of the big highlights of what has so far been an excellent tournament even in the face of tricky COVID-19 safety protocols.

As part of its marketing campaign for Champions, Riot Games released a special theme song called ‘Die For You’ by artist Grabbitz. You can check it out here if you haven’t yet heard it — it’s a banger!