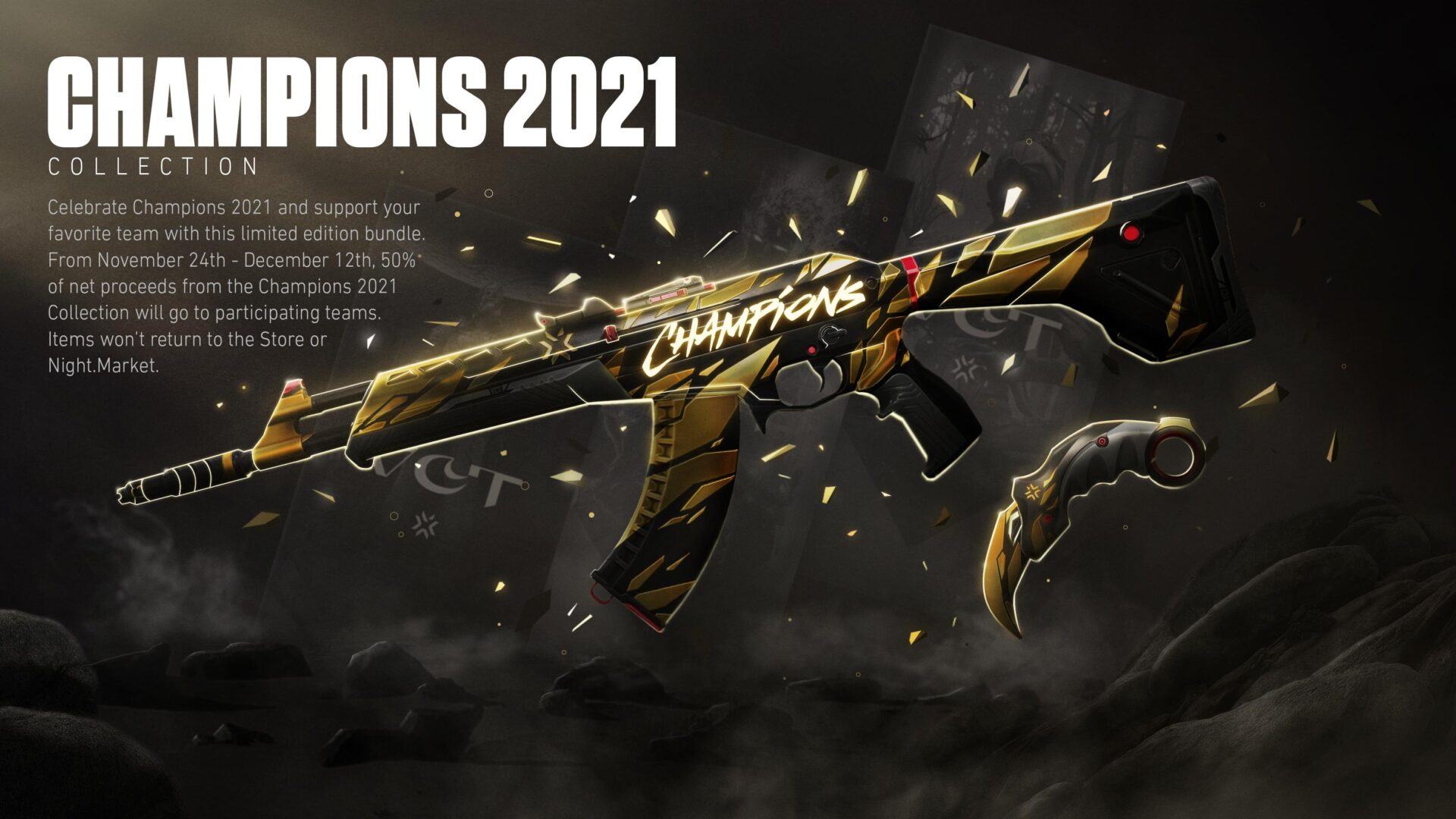 Fans of Valorant esports have a special skin bundle to look forward to ahead of the game’s biggest and most exciting tournament to date. Riot Games has today unveiled a special Champions-Themed bundle that includes an incredible cool karambit melee, as well as a special gold-colored Vandal that boasts one of the coolest features seen yet in the game’s premium skins.

As you’ll see in the video below (thanks HitScan), the Vandal glows if you’re the game’s top-fragger, and it will actually glow for those who pick it up and are the top-fragger also, so you’ll get to experience the effect even if you haven’t purchased the bundle.

For those who do shell out the 6,264 VP, there’s also a kickass finisher that references Die For You, the Champions theme song by Grabbitz. Actually, the song also plays whenever you inspect the weapon, too. The bundle also includes three cards, which are similarly based on the animated music video for Die For You.

It’s worth noting the bundle is completely exclusive and won’t be returning to the store or Night Market again, so if you want it then you need to make sure you purchase it between Nov. 23 – Dec. 12.

Of course, the 6,264 VP for a bundle with just two skins is rather expensive, but 50% of the proceeds are being sent to the teams competing at Champions, so this could be a fun way to support your favorite team if you care about that sort of thing.

Even if you aren’t planning on picking it up, there’s some free Champions-themed cards and other rewards you can grab. First, a Champions player card that all players will receive free of charge from today. Further, there are Twitch drops to be had by watching Champions on Twitch with a linked Riot account.

You can watch the full overview below.