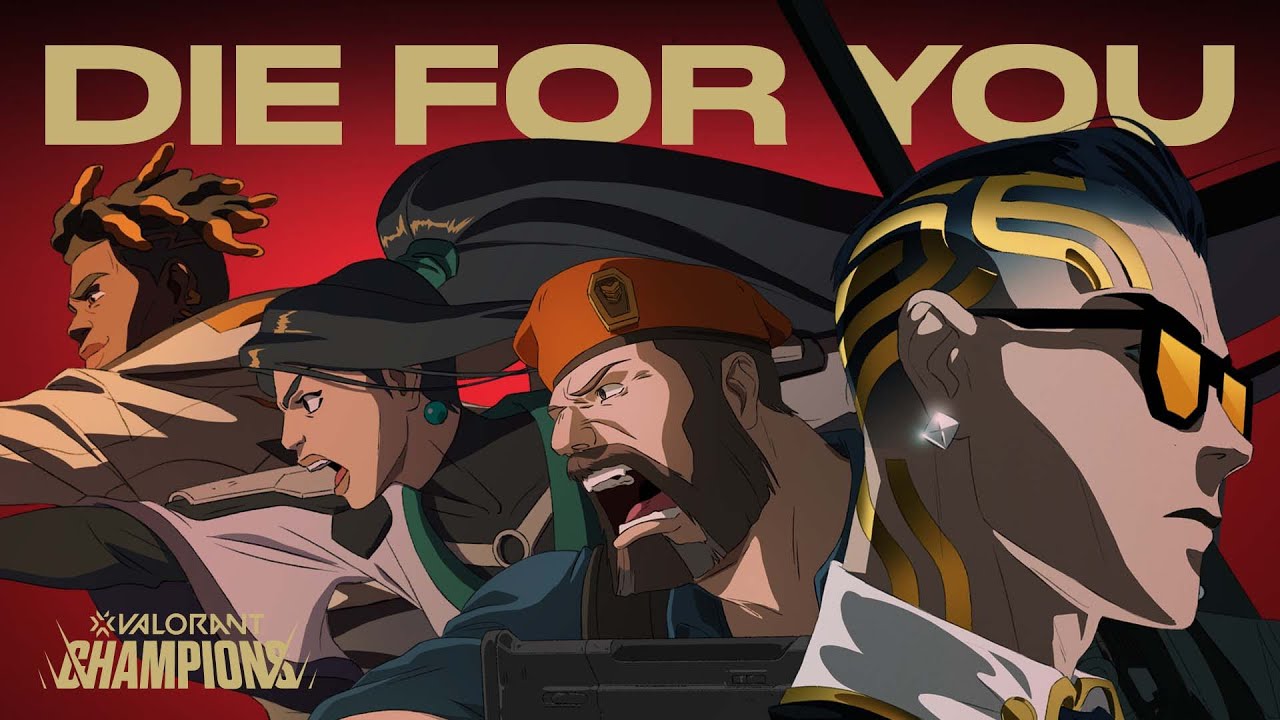 Between the brilliant Arcane animated series, all-new game releases, and plenty more on the horizon, Riot Games is on fire right now. It should come as no surprise, then, that for Valorant’s first Champions esports event the publisher has produced an absolute banger of an anthem. This is something the publisher typically does for its League of Legends Worlds events, but this is the first of its kind for Valorant.

Called Die For You, it’s been written by Grabbitz in collaboration with Riot Games. Beyond just being a really cool song, which is likely destined as the backing track for the entire Champions event that kicks off next month, the animation from The Line Studio is totally kickass and tells an intesting narrative featuring Phoenix, Brimstone, Sage, and Chamber.

Valorant Champions begins next week, Dec. 1, running through until Dec. 12. It features the 10 best teams from across the globe, each of which have earned their place by earning Circuit Points across three ‘Masters’ events throughought the year.

Valorant’s esports scene has so far enjoyed a cracking debut year, and it all culminates next month with an event that should be spectaculr. You can read some my previous thoughts on the scene by searching Twinfinite. Otherwise, you should see some related content below.