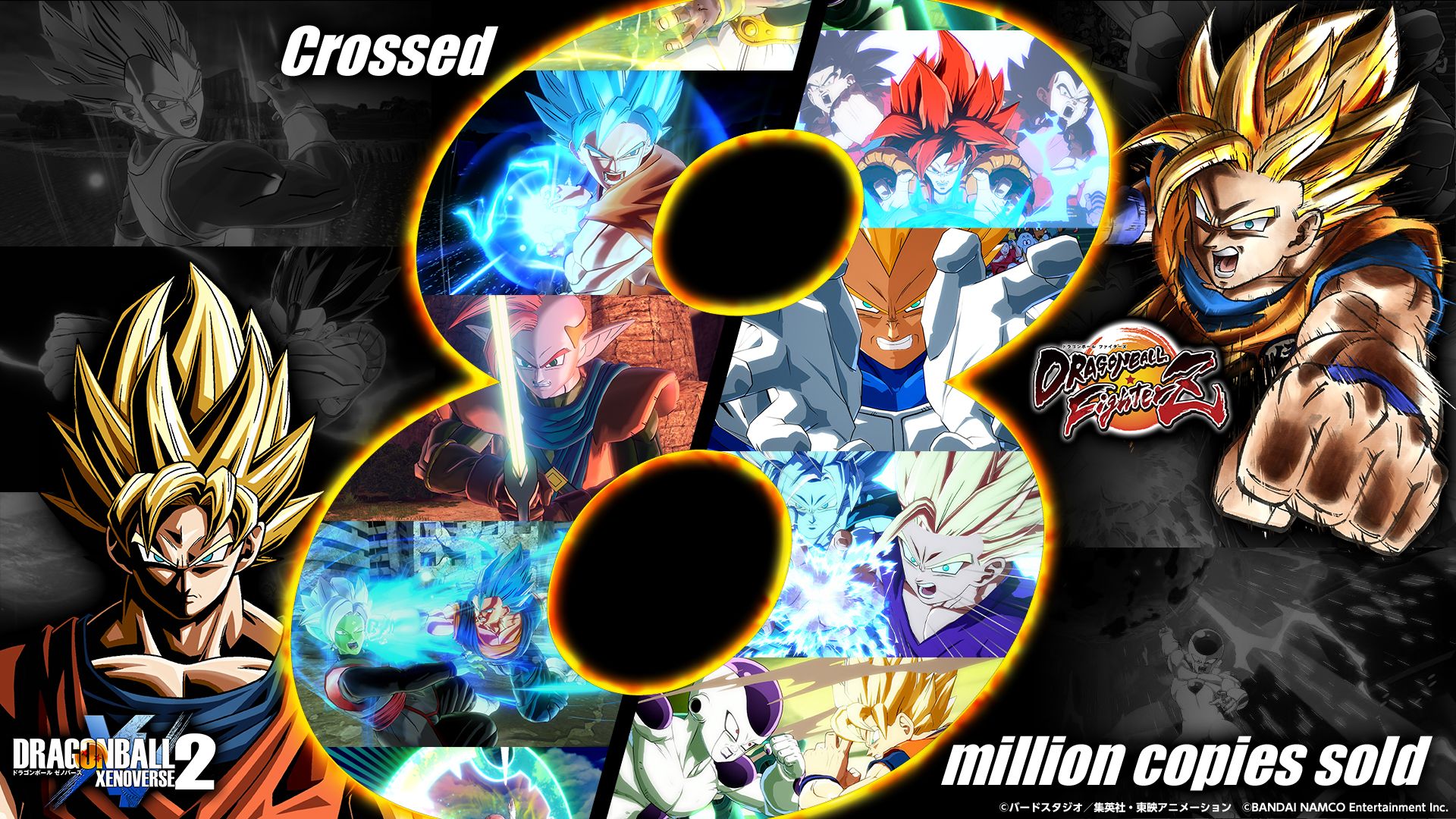 Bandai Namco announced with a press release both Dragon Ball FighterZ and Dragon Ball Xenoverse 2 have passed a sales milestone.

As a matter of fact, they’ve both passed exactly the same sales milestone, having shipped 8 million copies each.

The last time we heard, FighterZ had passed 6 million shipments, while Xenoverse 2 had passed 7 million. It appears that both are still selling, which is rather impressive considering that they are respectively three and six years old.

In light of its sales, it’s not surprising that Bandai Namco is still releasing DLC for Xenoverse 2 despite its venerable age. Incidentally, the press release hints that more content is coming for both games.

To celebrate, Dragon Ball Xenoverse 2 will let players fight Jiren in a new boss battle offering plenty of rewards. On the other hand, Dragon Ball FighterZ will have all of its DLC available for free on rotation between today and December 16. Every group of DLC characters will be playable for free for a little over a week before they’re phased out and the next group comes in.