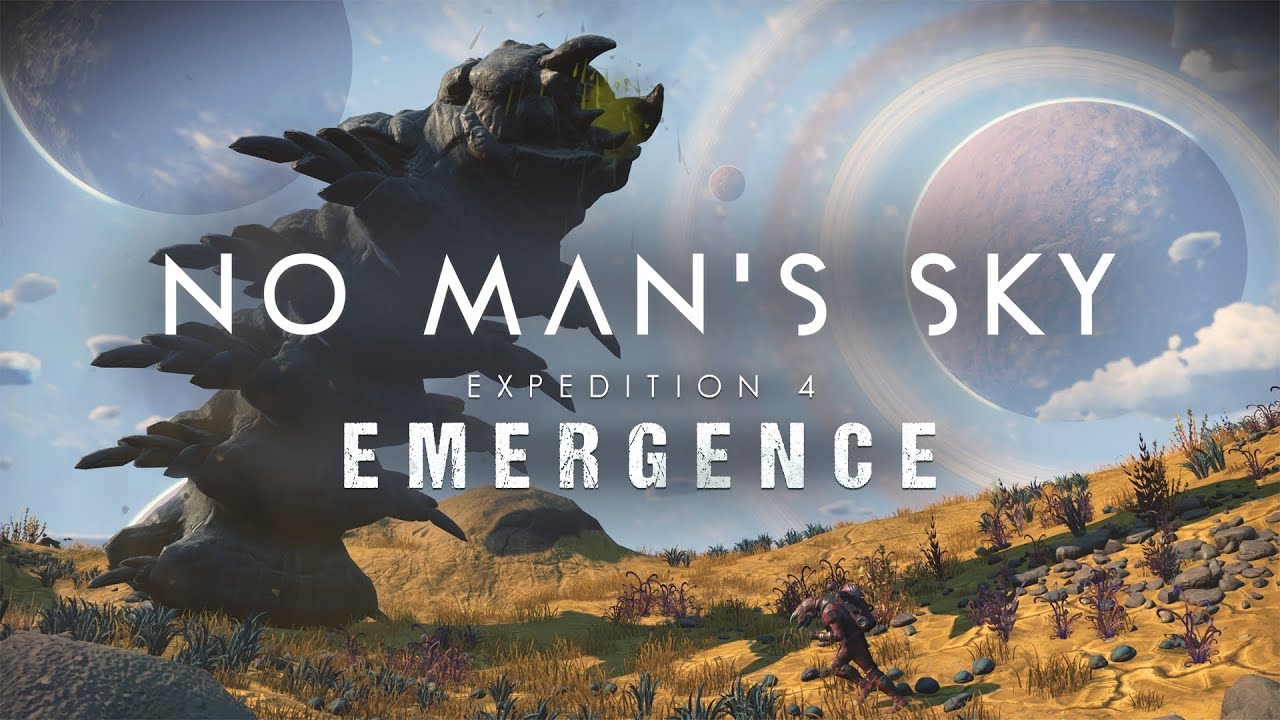 The expedition is designed to celebrate Halloween, but Hello Games has become well-known for going all out with pretty much everything they put in No Man’s Sky, so the event will have a full-fledged narrative and a lot of gameplay and rewards to enjoy.

“In Expedition Four: Emergence, travellers will find themselves stranded on planet Wasan, a barren world ravaged by dust storms and infested with Titan Worms. It is up to you to locate the Titan Worm impact sites, destroy the wretched Hungering Tendrils, and collect the Vile Spawn that lingers behind. The vessels of the many mouths must be purged!

As travellers cleanse planets of cursed dust and hunt the titanic sandworms, they will unravel the threads of a dark narrative. Complete the expedition route to reveal the history of a dark cult, and ultimately confront the Atlas with evidence of this indelible stain upon the universe.

The beast awakens in Expedition Four: Emergence, our first Expedition with a narrative throughout. There are also a bunch of improvements and new content to be enjoyed across the game.”

The developers also added in a few tweaks for the game as a whole, including more biological variation for sandworms across the universe and improved particles effects.

Of course, you can earn sandoworm-themed rewards starting from a casque all the way to a majestic sandworm mount.

No Man’s Sky is currently available for PS5, PS4, Xbox Series X|S, Xbox One, and PC.

If you’re unfamiliar with the game, you can read an official description below and take a look at the latest major update.

“Inspired by the adventure and imagination that we love from classic science-fiction, No Man’s Sky presents you with a galaxy to explore, filled with unique planets and lifeforms, and constant danger and action.

In No Man’s Sky, every star is the light of a distant sun, each orbited by planets filled with life, and you can go to any of them you choose. Fly smoothly from deep space to planetary surfaces, with no loading screens, and no limits. In this infinite procedurally generated universe, you’ll discover places and creatures that no other players have seen before – and perhaps never will again.”