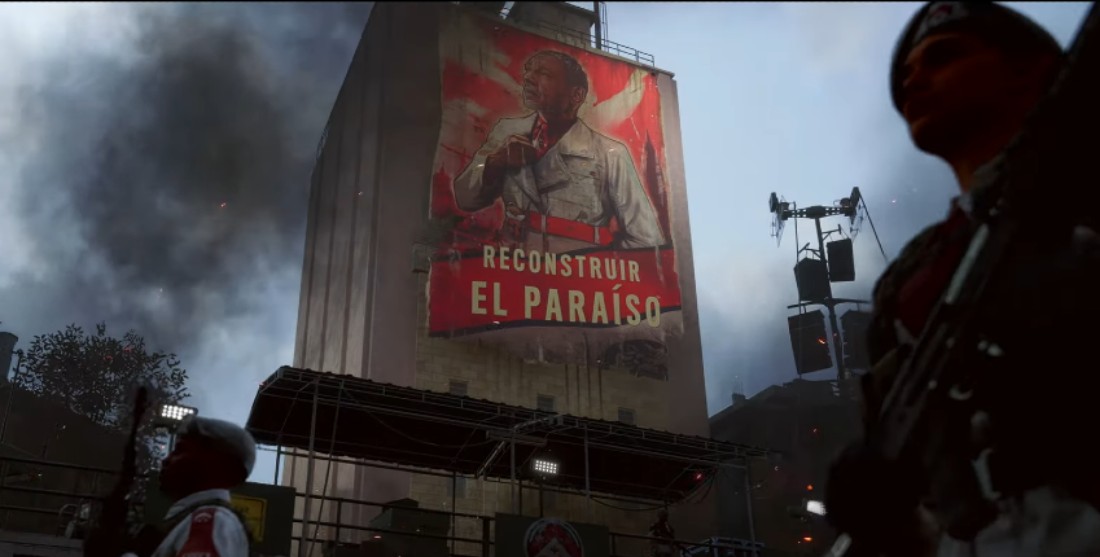 Today, Ubisoft showed off a brand new look at their upcoming first-person shooter, Far Cry 6. In the game overview trailer below, we are treated to never before seen story and gameplay developments for the game.

The video gives a little more insight into the reasoning behind the coming revolution that is taking place in Far Cry 6, detailing that just about everyone has been a victim of the vicious Yaran Dictator, Antón Castillo. The trailer reveals his master plan in the game is to use the cancer treatment his scientists have developed, Viviro, to wield as a bargaining chip on the global scale.

It is up to Dani Rojas and their gang of guerilla revolutionaries to stop the Dictator and try and get things back to normal. Ubisoft has provided a brief overview of exactly how you’ll be able to accomplish this:

IGNITE THE FIGHT FOR FREEDOM

Dive into a blockbuster experience as Dani Rojas, a local Yaran defending their country from a tyrant’s rule. Join the revolution to push back against the oppressive regime of dictator Antón Castillo and his teenage son Diego, brought to life by Hollywood stars Giancarlo Esposito (The Mandalorian, Breaking Bad) and Anthony Gonzalez (Coco).

For the first time in Far Cry, experience a sprawling capital city: Esperanza, the most expansive Far Cry playground to date. Take down Antón in the seat of his power by staying hidden or engaging Antón’s army in an all-out firefight in the streets. From taking the reins of a horse to commandeering a tank, choose your favorite ride to fight against the regime or to just travel Yara in style.

Jump into the action and chaos of guerrilla combat at the heart of a revolution. Employ an arsenal of unique and surprising new weapons, vehicles, and animal companions in a fight against an unyielding military regime. No guerrilla should go it alone, so pair up with an all-new animal companion like Chorizo, the adorable wiener dog who’s as cute as he is lethal.

Far Cry 6 is launching on Oct.7 for PC, PS4, PS5, Xbox One, Xbox Series X|S, and Stadia. If you’re looking to put some money down on a pre-order, you can do so on the official site. While you’re here, you can also check out our hands-on preview of the game as well.