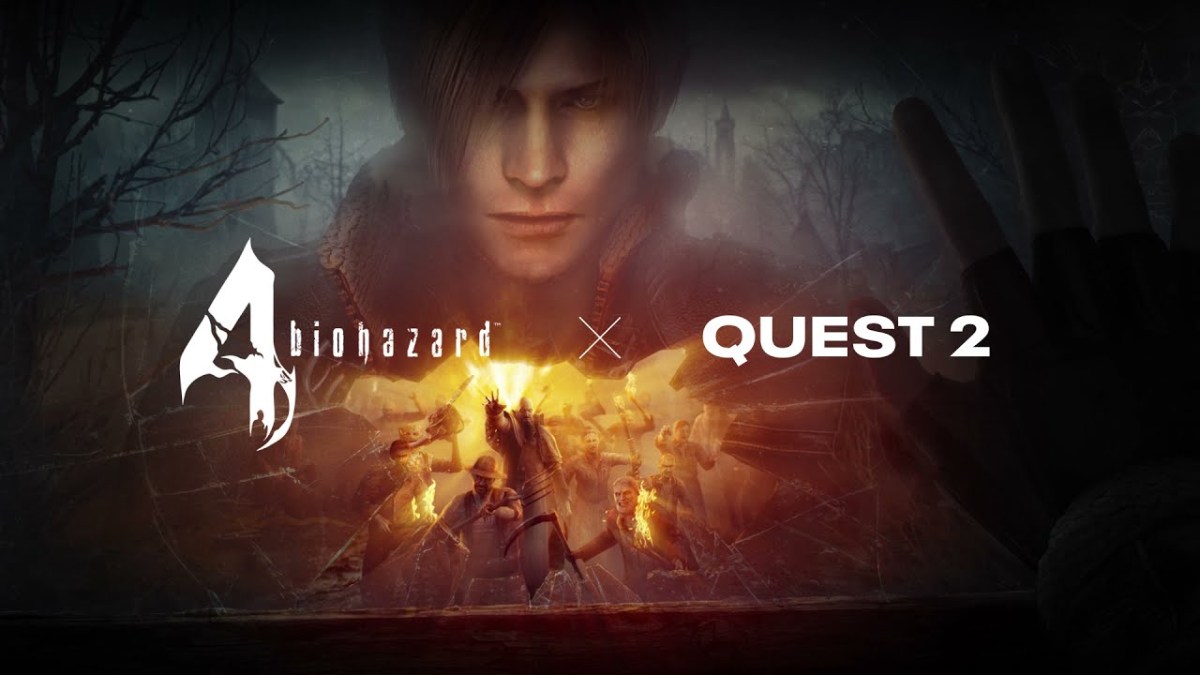 Oculus Studios and Amature Studio have today announced that a VR version of Capcom’s popular survival horror game Resident Evil 4 will launch exclusively for Oculus Quest 2 next month, Oct. 21. It is not compatible with the original Quest, and there is so far no mention of a port for any other VR platforms.

While we already knew the game was in development following its reveal at the Oculus Showcase back in April, today’s announcement trailer gives us a much better look at the changes to its gameplay, which have been revamped to work with VR. Unlike the original, RE4 VR is in first-person, and as you may notice below, you’re now able to shoot while on the move. Melee combat is also different now, with players able to physically slash at enemies using motion controls; other movements will be handled by a small analog stick on the Quest controller or via teleportation (depending on player preference).

Elsewhere, other more standard remake enhancements include better visuals, with new and improved textures helping to make the 2005 classic feel a little less dated. Other changes for the new version include additional narrative and world-building content, though we’re short of details on the specifics thus far.