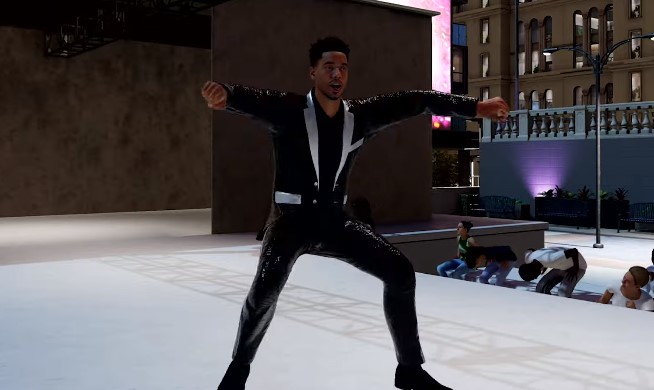 Earlier today, the NBA 2K YouTube channel released a new trailer showcasing The City game mode in the upcoming NBA 2K22. This open-world world mode that debuted exclusively on PS5 and Xbox Series X|S last year in NBA 2K21 is back with some new features and improvements.

Just like last year, only NBA 2K22 players on the PS5 and Xbox Series X|S will be able to check out The City. The fine print at the beginning of the trailer indicates as much, “Featured content only available in NBA 2K22 for Next Gen consoles.”

Having major modes tied to next-gen hardware isn’t unheard of in sports games that are cross-generational. For example, the stadium builder in MLB The Show 21 is exclusive to PS4 and Xbox Series X|S.

From the start, it’s clear that this time around The City appears to be more lived in. NPCs around the town can be seen biking, walking around, playing frisbee, eating lunch, reading books, and much more. Overall, it just gives the open-world portion of NBA 2K22 a feeling of being an actual city as opposed to a lifeless hub for your created player to run around.

The more populated world is a nice little addition, but the big deal is all about what’s new in The City. There will be even more side quests that you can pick up around the map. There aren’t too many details yet about the specifics of the side quests, but we can confirm that there will be daily, weekly, and seasonal quests for players to check out.

In the trailer, you get a glimpse of the Race of the Week side quest. This is a bike race that changes each week and will net the winner 1,000,000 VC. XP, VC, and MVP Points will go to the players who don’t finish first.

Another neat addition to the NBA 2K22 version of The City this time around is Runway Walks. Just like the bike race, this is only shown off for a few seconds. However, we still get a good look at the created character walking and almost prancing down the runway. This will help you earn MVP Points which will go towards becoming MVP of The City.

Finally, the trailer shows off plenty of basketball gameplay. From the hardwoods in pro arenas to the pavement on the street courts, your created player will have to rule it all in order to become MVP of The City.

NBA 2K22 is available for pre-order right now and is launching in just a few days on Sept. 10 for PS4, PS5, Xbox Series X|S, Xbox One, Nintendo Switch, and PC via Steam. You can check out the official NBA2K22 The City trailer down below or by clicking right here.