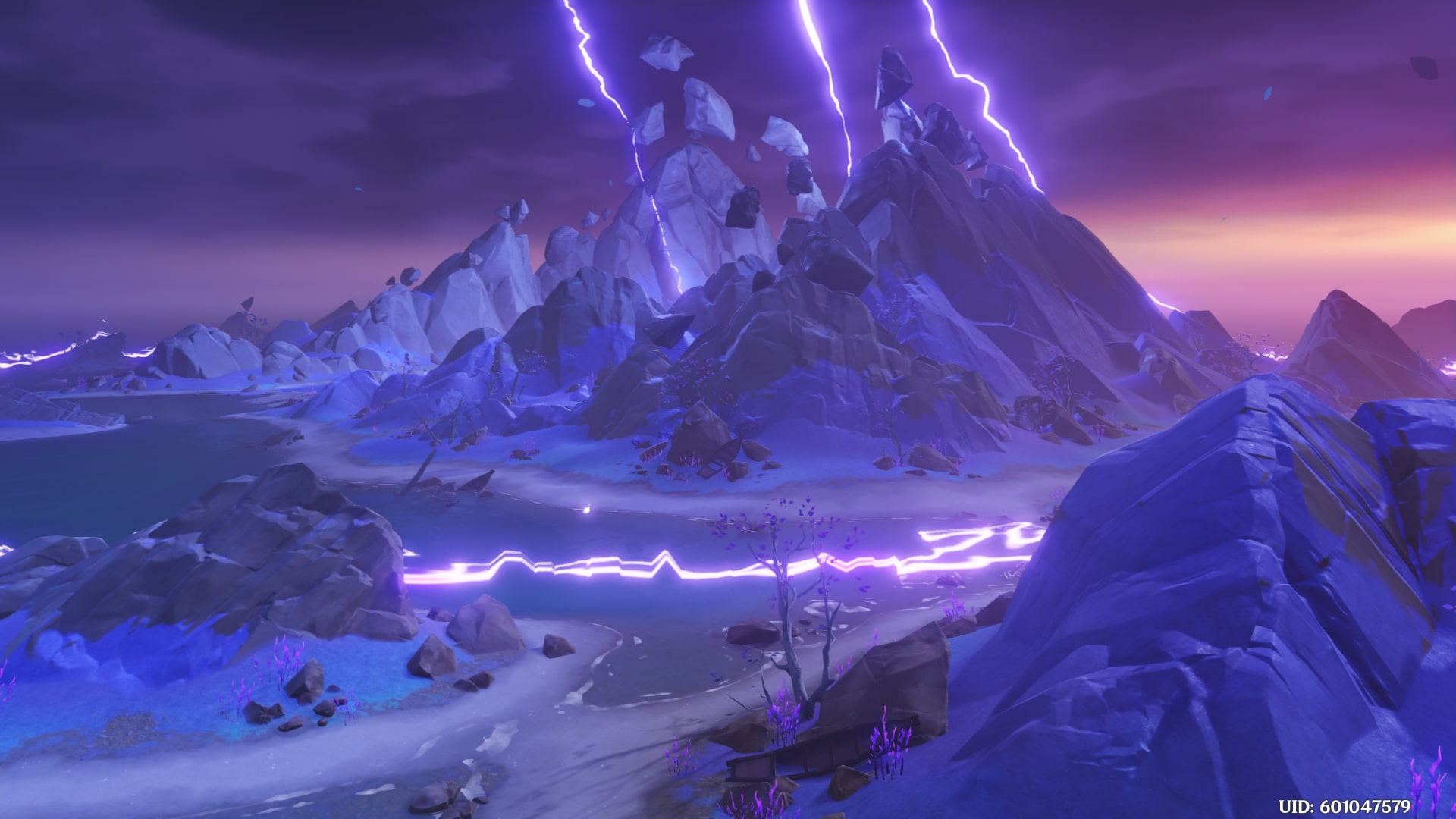 Firstly, speak to Katheryne at the Adventurers’ Guild on Inazuma and she’ll talk to you about Seirai Island, which is one of the new areas that has just been added to Inazuma with the 2.1 update. After the short conversation, the Seirai Stormchasers quest will become available.

The Thunder Manifestation is located on Amakumo Peak on Seirai Island, but you’ll need to complete Seirai Stormchasers to unlock the boss fight. The easiest way to get to Seirai Island is by using this Waverider Waypoint found on the eastern shores of Kannazuka:

Once you get there, you’ll want to use the Statue of The Seven to reveal the entire map. Then, head over to the marker at Fort Hiraumi and speak to Eiko to begin the quest.

Seirai Stormcahsers is a four-part quest that’s similar to the Orobashi’s Legacy and Sakura Arborism world quests since it’ll change the dangerous climate on the island, which allows you to unlock the Thunder Manifestation fight.

Eiko will ask you to check out a Warding Stone not too far from your location. Get there, then follow the glowing green cat footprints to your next destination. They’re tiny and hard to see, but the footprints look like this:

Follow the footprints until you reach Asase Shrine next to a Teleport Waypoint. Approach the shrine and a cutscene will play as you speak to a talking cat named Neko who will ask you to find materials to repair the shrine’s offering box.

Return to Asase Shrine to repair the offering box and report back to Neko. She will tell you how to fix the Warding Stone. Go back to Eiko and, after a short conversation, touch all three paper charm hangers. Then, rotate the bottom of the Warding Stone twice to solve this puzzle.

Eiko will then mention that there are three more Warding Stones to find, so repeating this process a few more times will finish up the quest and unlock the Thunder Manifestation boss fight.

Make your way over to the quest marker to the east of Amakumo Peak to find the next Warding Stone. Once you approach, you’ll have to fight several samurai, so be ready for that.

After the battle, touch the two paper charm hangers near the Warding Stone. The third one can be reached by using the Phase Gate nearby exactly as shown in this clip:

Go back to the Warding Stone using the nearby Phase Gate. Rotate the top half of the stone three times to solve this puzzle. Talk to Eiko to complete this part of the quest.

The next step in unlocking the Thunder Manifestation won’t be as simple as the last one. The Warding Stone is nowhere to be found when you get to the west marker, but you can actually reach it by going through the nearby Phase Gate.

Repeat this process for the next two paper charm hangers. The WArding Stone will be next to a Teleport Waypoint that will come in handy just in case you fall. After touching all the hangers, rotate the top of the Warding Stone three times and the bottom five times to complete this section of the quest.

The last step in unlocking the Thunder Manifestation will actually have you fight it. Stay up high and use the Electrogranum plants from the last part to reach the fourth and final Warding Stone.

Follow the beam of light coming from the quest marker to reach a floating stone platform where all three paper charm hangers and the Warding Stone can be found.

Touch all three hangers, then rotate both the top and bottom of the stone twice to solve this puzzle. This will cause a new stone platform to be created. Float down onto it to start the Thunder Manifestation boss battle.

If you need tips on how to beat this new Electro boss, you can head over to our Thunder Manifestation boss fight guide for pointers.

Defeating the boss will reward you with the Peculiar Pinion quest item. Return to Eiko and Taisuke to finally finish up the Seirai Stormchasers quest. The Thunder Manifestation may now be challenged normally, like any other world boss.

That’s everything you need to know about how to complete the Seirai Stormchasers quest and unlock the Thunder Manifestation boss fight in Genshin Impact. be sure to check out our guide wiki for more tips, tricks, and walkthroughs.