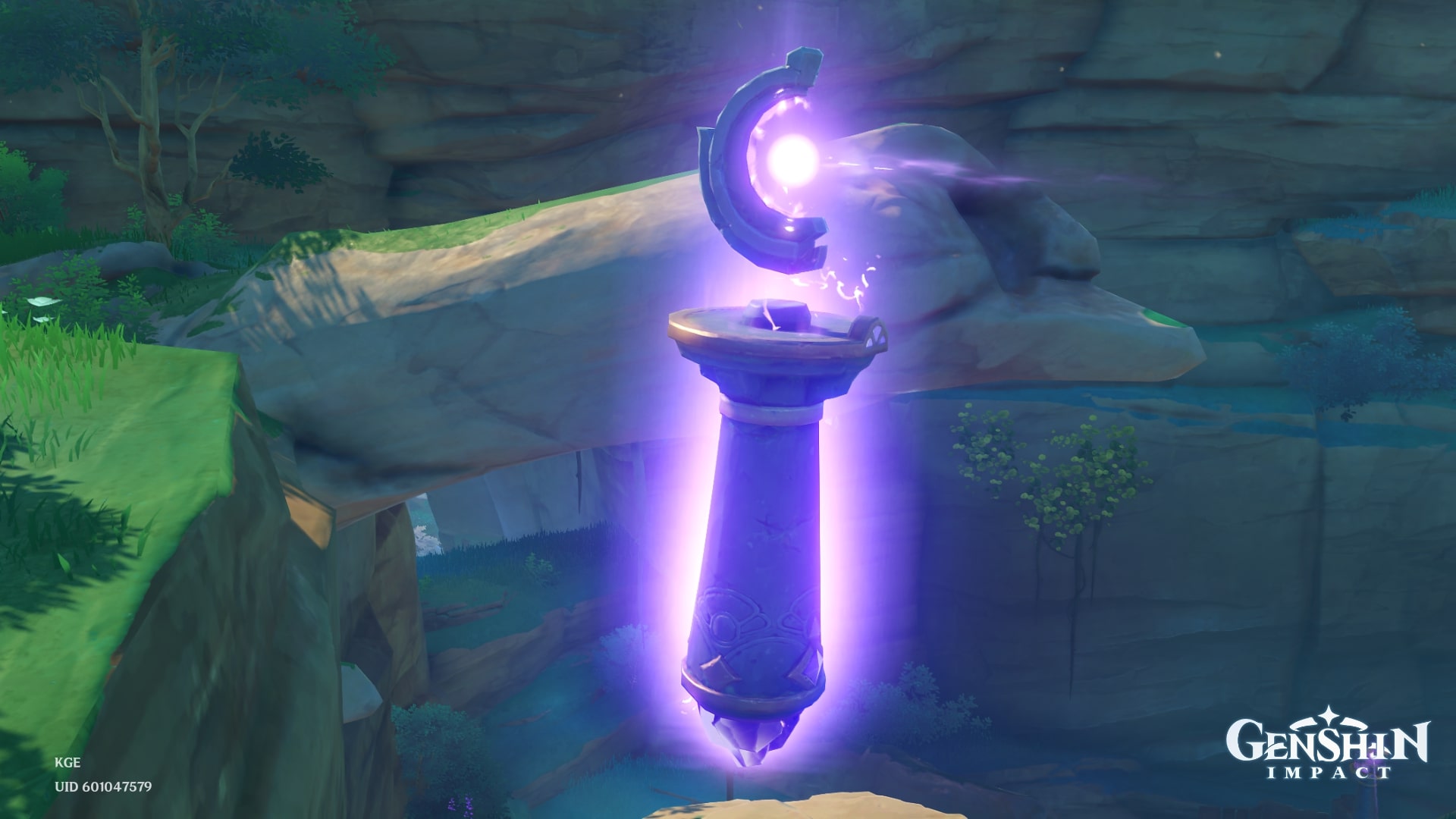 This quest can be lengthy if you don’t know what you’re supposed to do. It’s not explained very clearly, but completing Orobashi’s Legacy will cause the endless rain on Yashiori Island to stop, so it’s well worth the trouble.

First of all, speak to a man named Kaji near Fort Fujitou to begin the quest. He’s next to a shrine between Fort Fujitou and Musoujin Gorge. Here’s his exact location just in case you haven’t found him yet:

Orobashi’s Legacy is a five-part quest that has you searching for items with Elemental Sight and solving puzzles by aligning Sacred Stone Mounds and Thunderbearer Mirrors to make the giant domes of water on Yashiori Island disappear.

Sacred Stone Mounds are the glowing stone pillars that shoot out beams of electricity when they’re shot with an arrow. Thunderbearer Mirrors can reflect and redirect those beams. You’ll need to rotate and adjust the mirrors to make the beams hit the domes of water on the island.

Each part of this world quest will start you at a ward. Use your Elemental Sight at this ward to find the objects needed to repair the ward. When you get to the puzzle, follow the order of the image below when adjusting the Thunderbearer Mirrors and Sacred Stone Mound:

Make sure that the mirrors reflect the beam in that order, then have the fourth mirror point toward the dome of water in the middle to complete this puzzle. Both items needed to repair the ward will be inside this dome.

The second ward has its items in two different areas. The first one is in a hole nearby that you can find by using your Elemental Sight.

Before dropping down underground, grab the Electrogranum from the plant near it so that you can deactivate the Electro barrier below. You’ll need to fight three Ruin Destroyers and a few Hydro Slimes before grabbing the Warding Stone item you need.

The second item to repair the ward is behind another pillar puzzle, so follow the order of the mirrors in this image:

This one goes in a bit of a zigzag pattern that starts at he top of the cliff wit hthe Sacred Stone Mound. The beam should go abck and forth until it reaches the lowest mirror next to the dome of water.

This ward and its items are found in Jakotsu Mine. It’s best to do the stone pillar puzzle first this time because the dome of water is guarding the actual ward that needs to be reapired. Follow the order in the image below to get rid of the dome:

From the ward, follow your Elemental Sight once again and let it take you into a cave where you can find an Electrogranum plant. Use the plant and soar into the air as you look for an Electro barrier. Enter the barrier to find the Warding Stone item.

Return to the ward and follow your Elemental sight in the opposite direction this time to find an Electro Abyss Mage, Hydro Abyss Mages, and Hydro Slimes to fight in order to obtain the Pearl item.

This part of the quest doesn’t actually involve any scavenger hunts or puzzles. Simply speak to Kaji again and he’ll suggest that Fort Mumei holds the key to finally stopping the rain on Yashiori Island.

Head on over to Fort Mumei after this conversation to get the bext part of the quest started.

Speak to Kaji at Fort Mumei and a whole new stone area will rise out of the sea. Use the Waverider Waypoint to summon a Waverider boat since most of the pillars for this puzzle are semi-submerged in the water. You can interact with them while still in the boat, so you won’t have to swim around.

Follow the image below one more time to get rid of the final dome of water:

The pillars will go in a circle around the dome of water in the middle, so this one is relatively simple compared to the previous ones.

The hard part comes right after the puzzle. You’ll need to defeat a Maguu Kenki in the middle of the stone platform. It’s right next to the ward and it can be tough if you’re unprepared. It uses Cryo and Anemo attacks that should absolutely be avoided unless you have a character to create a shield for defense.

Once you defeat it, collect the Pearl and Warding Stone nearby to complete this quest and bring clear skies to the island.

That’s everything you need to know about how to complete the Orobashi’s Legacy world quest in Genshin Impact. Be sure to check out our guide wiki for more tips, tricks, and other walkthroughs for the game.