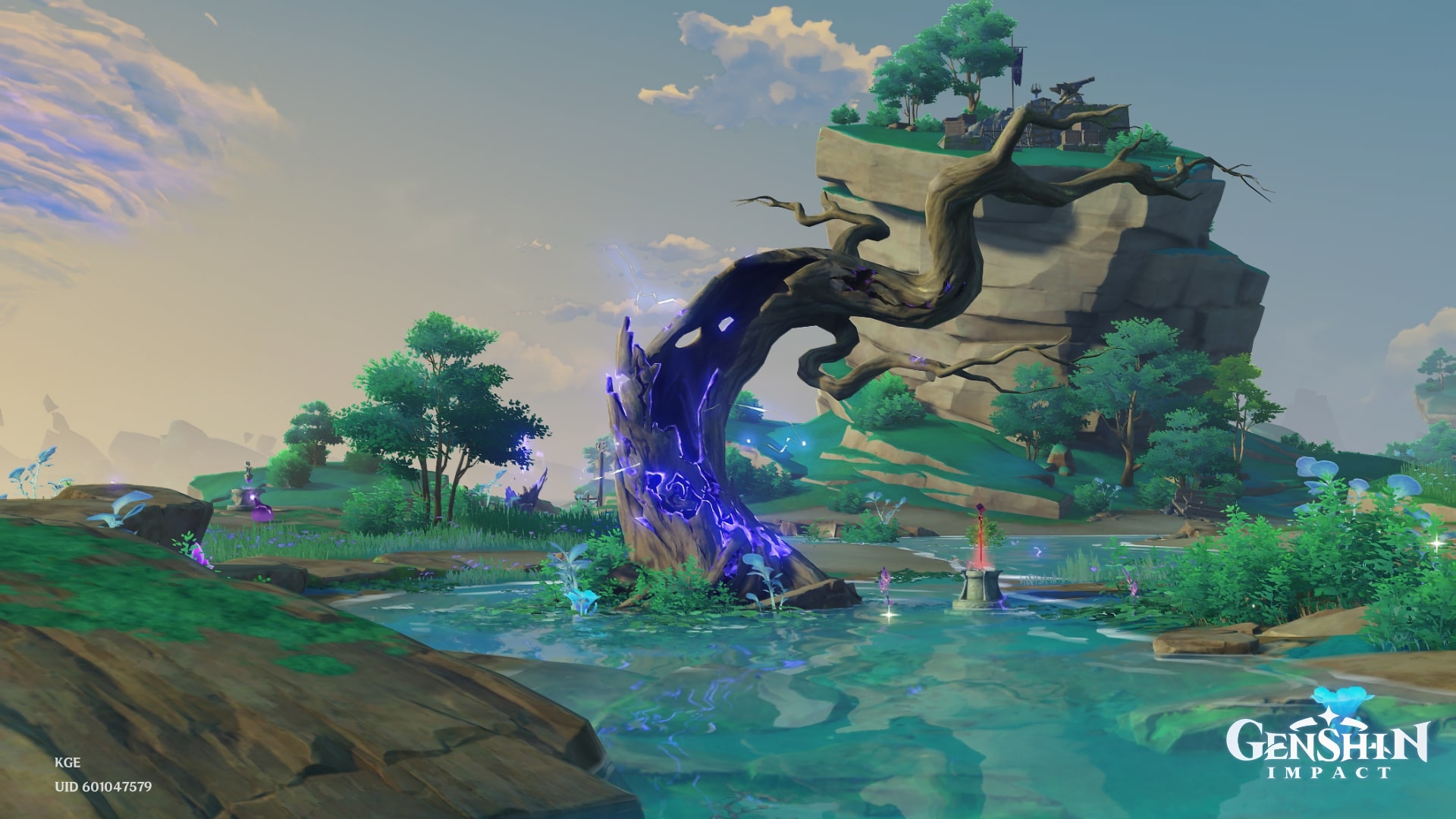 Genshin Impact has added plenty of new quests in unfamiliar locations with the 2.0 update. One of those quests will have you searching for Thunder Sakura in Inazuma. If you’re having trouble finding them, we can help. Here are all the Thunder Sakura locations on Kannazuka Island in Genshin Impact.

Thunder Sakura are Electro-charged trees that can be found on Kannazuka Island in Inazuma. There are five trees in total, and they’ll strike you with lightning if you get too close to them.

The Sakura Arborism World Quest has you searching for them in order to purify them. Once they’re purified, they won’t pose a threat, so this is definitely worth doing.

The first Thunder Sakura is directly in front of the cliff that Miyuki is standing on when you start the quest, but just in case you don’t see it, here it is:

To cleanse the trees, you need to use your Elementa Sight and bait the tree into striking the glowing blue spots on the ground with lightning. Be sure to have your healing items and characters ready, because if you accidentally get struck, it’ll hurt.

Repeat this process for every single one of the trees to make them safe to approach again, and try not to get struck while standing in water because that’ll do even more damage.

The second tree is located north of where you first meet Miyuki for the Tatara Tales quest. It’s north of the Kujou Encampment, along the coastline. You’ll need to jump down a cliff to get to it.

Be careful when purifying this one because when you do, two Electro Abyss Mages will ambush you at the base of the tree. So prepare for a fight after completing your task here.

The third tree is located just north of the Statue of the Seven on Tatarasuna Island. After warping to the statue, you’ll be on a cliff. Jump down to get to the Thunder Sakura.

No enemies will randomly pop up this time, but there’s a nearby Cryo Abyss Mage and Hydro Samachurl, so stay close to the tree if you don’t want to deal with them in an avoidable fight.

The fourth tree can be found west of the highest Teleport Waypoint on Tatarasuna Island. Warp there, then look left and you should see the tree below you. Float down there and purify it.

This tree is totally safe as well — aside from the lightning strikes. No enemies will pop up to attack you after the completion of the purification.

The fifth and final Thunder Sakura is located directly north of your current location. It’s a bit higher up in terms of elevation, so the easiest way to get to it is to go back to the high Teleport Waypoint and run over to the tree.

This tree is also safe to approach after purification. Return to Miyuki to get to the next step of Sakura Arborism. You’ll need to fight a few Treasure Hoarders, then an Electro Hypostasis to finally finish the quest.

That’s everything you need to know about the Thunder Sakura Locations on Kannazuka Island in Genshin Impact. Check out our guide wiki for the game to find more tips, tricks, and walkthroughs.