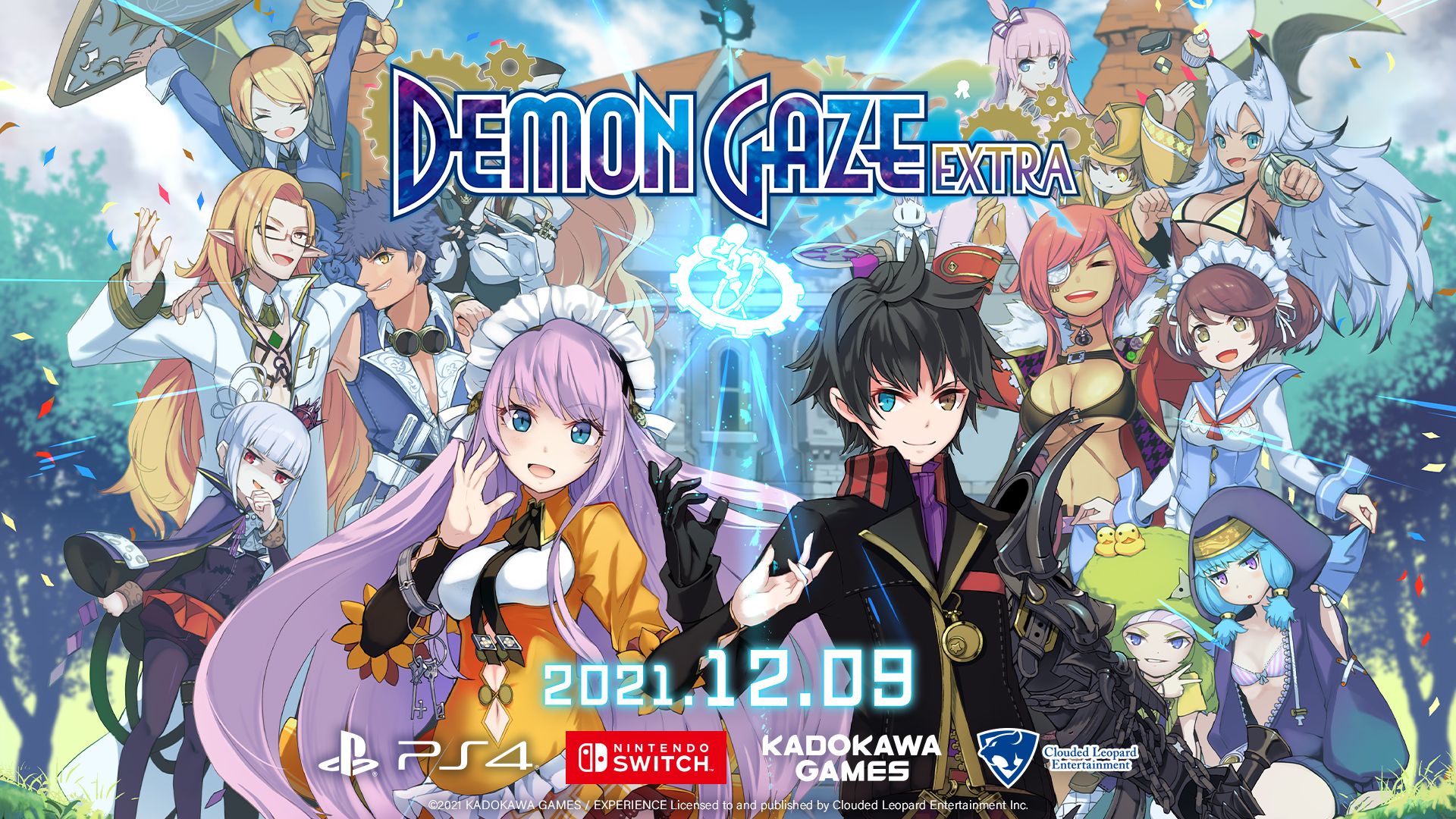 This release will come for PS4 and Nintendo Switch on December 9, 2021, and it’ll include Japanese and English audio with English, Korean, and Chinese subtitles.

The alliance between Kadokawa Games and Clouded Leopard Entertainment seems to be going strong, as CLE will also publish Relayer in the west.

Below you can check out a trailer and a batch of images, including the bow art for both platforms.

The standard edition will cost $59.99. Those who purchase the game at launch will receive e Healing Wand and Armor Gem Assortment Set DLC as early bird bonuses.

A Digital Deluxe Edition will be priced at $65.99 including the Perfect Jewel Set DLC, while a Digital Premium Edition priced at $79.99 will also come with the Memorial Soundtrack.

Demon Gaze Extra is an enhanced port of the original game developed by dungeon-crawling JRPG masters at Experience Inc. It launched in 2013 for PS Vita placing the player in the role Oz, a young man with a Magic Eye that lets him control demons.

Here’s a detailed description of the enhancements:

“While the original DEMON GAZE had its fans, some players may have been discouraged by its
challenging gameplay style.
In DEMON GAZE EXTRA, various elements have been tweaked, including the addition of a highspeed battle function, a retry function, and an enhanced autopilot function. Now, even dungeon

RPG beginners need not fear!
The enhanced autopilot function is a streamlined version of the revolutionary feature from the
original DEMON GAZE. This, along with the addition of a high-speed battle function speeds up
repeated battles in dungeons, allowing players to explore labyrinths more easily. In addition, DEMON
GAZE EXTRA has a retry function that allows players to go back to the beginning of a battle and try
again in the event of a defeat.

From the middle of the game, the all-new job category Machina unlocks. After clearing the story,
players can obtain unique items from subsequent playthroughs and use DEMON GAZE EXTRA’s new
item synthesis feature to customize legendary equipment.”

If you want to see more, you can take a look at the original announcement for Japan, another trailer, and a third.