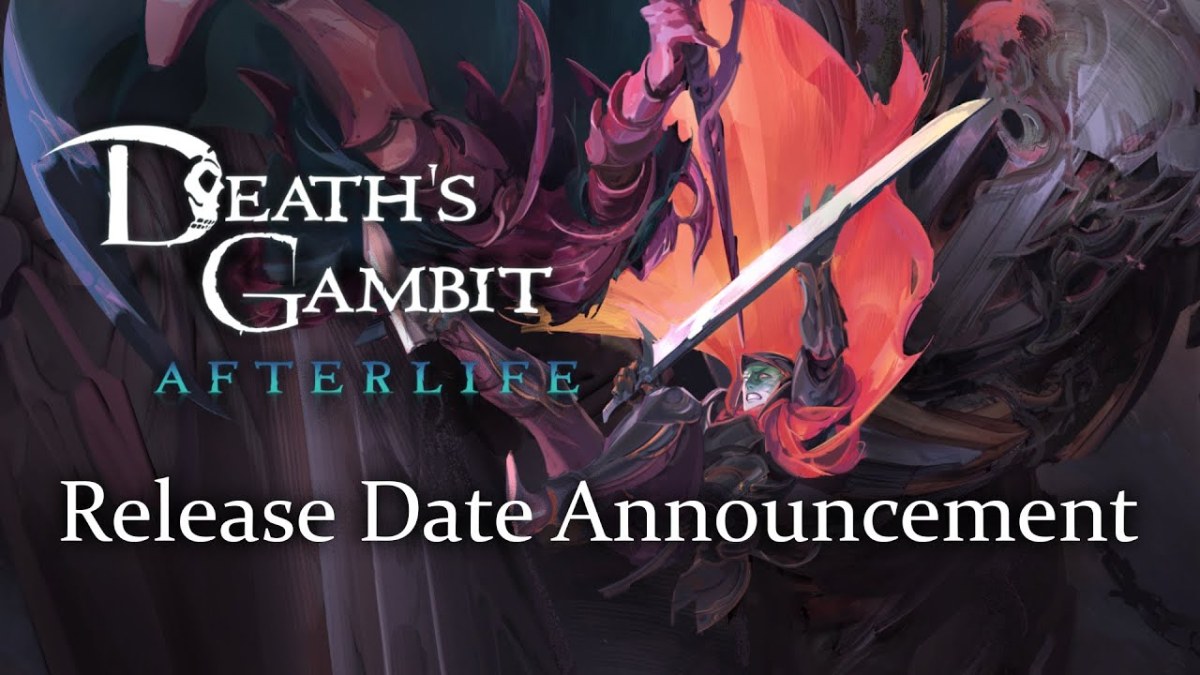 Fans of 2D Metroidvania have a major treat to look forward to at the end of this month as developer White Rabbit’s acclaimed title Death’s Gambit is set for a re-release that includes an enormous update. First announced back in June, it’s called Afterlife, and it’s locked in for both PC and Nintendo Switch for Sept. 30, while a PS4 version will come later this year.

For those not aware, Afterlife is a major expansion that revamps the game from the ground up, including system tweaks, quality of life changes, new levels, bosses, weapons, and more. It is free for current owners of the game.

You can check out a full overview trailer of all the new features below, and below that is a brand new trailer that celebrates the announcement of its release date.

Twinfinite reviewed the original version of Death’s Gambit back in 2018 and considered it an already very decent experience, scoring the game 3.5 and concluding that it had plenty of potential — potential that hopefully will be realized in Afterlife.