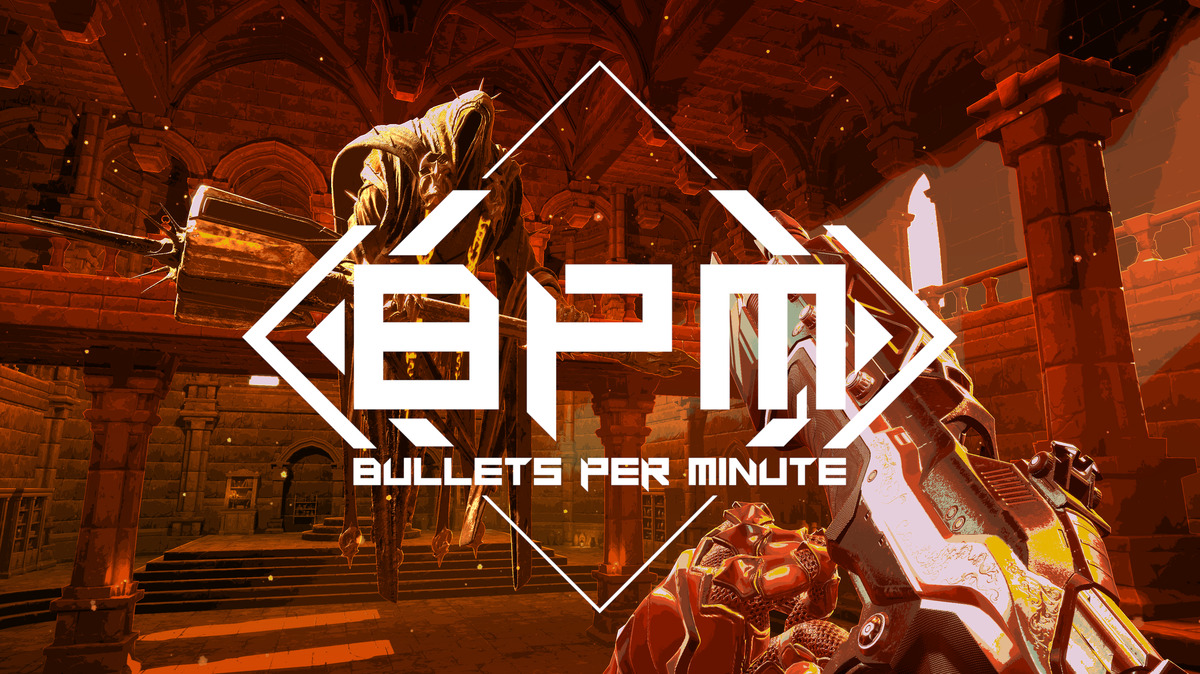 Today, UK-based studio Awe Interactive announced that it will be bringing its rhythm-action first-person shooter, BPM: Bullets Per Minute, to PS4 and Xbox One on Oct. 5.

The news comes by way of a freshly cut video that dropped earlier today. Go ahead and check it out down below:

As you can see, BPM: Bullets Per Minute wears its influences on its sleeve: Part DOOM-like and part Crypt of the Necrodancer-esque rhythm action experience, the roguelike FPS boasts guns, bullets and monsters by the blood-splattered boatload.

Of course, those gaming on PC are lucky enough to already have access to the title as it released last year on the platform. But this newly confirmed console release date will see BPM debuting on PlayStation and Xbox next month.

As for next-gen users, it appears that BPM will only be playable on PS5 and Xbox Series X|S via backwards compatibility, for the time being anyway.

For more information, here’s the official description courtesy of the game’s Steam page:

In BPM, all of your actions and the actions of your enemies are tied to the beat of the music. Your enemies perform a dance-like sequence of attacks to an epic rock opera. BPM is inspired by retro shooters of the 90’s. It is fast, frenetic and rhythmical. You can double jump, dash, rocket jump and bunny hop to evade your opponents.

Your goal is to reach the end of randomly generated dungeons, collecting different weapons, abilities and items each time you play. These weapons and abilities can radically alter the way you play, making each playthrough unique.

You must defeat 7 bosses to reach the final boss. Each boss moves and attacks in a unique way that you must learn to exploit if you want to succeed. Some attacks require you to jump over fields of lava, some to dodge fast projectiles, some to hold fast for a beat.

– Shoot, jump and dodge to the beat while battling hordes of enemies.

– Fight powerful bosses in challenging boss battles that will push you to the edge.

– Choose from 5 different characters with unique strengths and weaknesses.

– Wield a powerful arsenal of weapons, all with different behaviour for firing and reloading to the beat of the soundtrack.

– Battle a diverse array of enemies, each with unique rhythmic behaviours.

– Get overpowered and fire shotgun rockets while flying through the air.

– Utilize abilities that radically alter the way you play the game, from teleport to freezing bolts.

– Equip over 40 items that buff your character in unique and interesting ways.