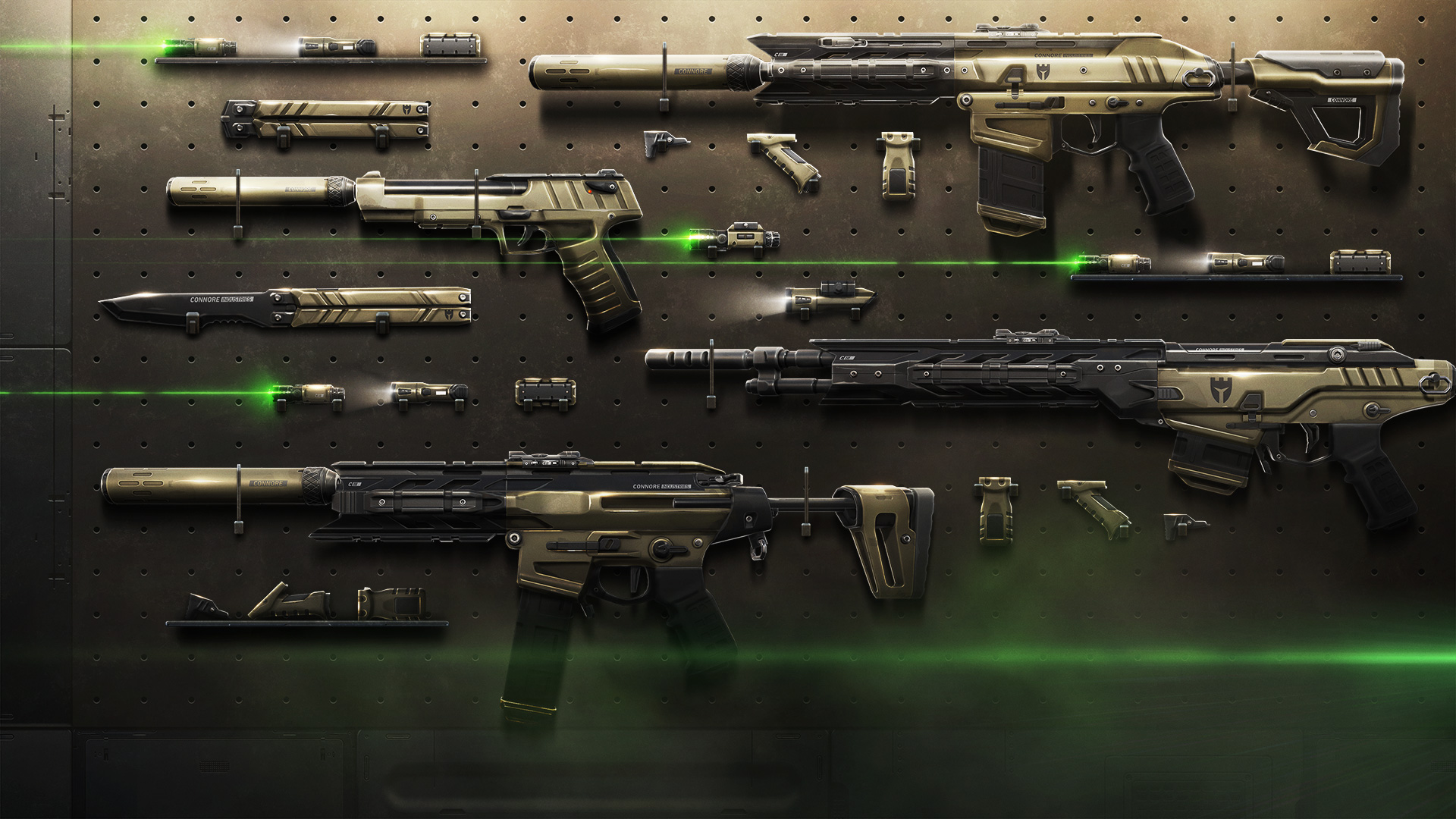 The superb artistry of Valorant’s premium weapon skins is something fans of the game are understandably enamored with. Time and time again, Riot Games has delivered unique fantasy designs, unlike anything we’ve seen in a tactical shooter before. Today, though, the introduction of the new ‘Recon’ weapon skin bundle is likely to impress for different reasons: first, because they’re based on a grounded military design you would expect to see in a game like Call of Duty, and secondly because it finally adds the butterfly knife skin that fans have long been hoping for.

Recon is a 7,100 VP weapon skin bundle containing four firearms –the Ghost, Spectre, Phantom, and Guardian–, and one Balisong (butterfly knife). It is upgradable with Radianite points across different levels, which add various new weapon attachments. These are purely cosmetic and do not change gameplay. The bundle launches later today, Aug. 24.

The levels are as follows:

“Way early on in Valorant’s development we experimented around with having attachments similar to what you might see in a more mil-sim or grounded shooter. While the idea of attachments for gameplay purposes didn’t make its way through to the final game, there has always been a select few on the team who really loved the look of grounded military weapons that were kitted out with various attachments. Recon is our attempt to capture that fantasy of being in a more traditional modern shooter, having a gun that feels more representative of something you might see in modern combat.”

He also shared some details pertaining to the development of the much-anticipated butterfly knife itself:

“Recon naturally was one of the more highly anticipated skins we were developing due to the fact that it has a butterfly knife. We always knew that this would be a thing we would give players and it was really incredible to see it all come together with this skin. We spent a lot of time looking at videos of butterfly knife tricks, seeing how other games have implemented them and really just dug deep into delivering on an awesome experience.

We just kept building on it every step of the way, knowing of course we would have the flair of flipping the knife around in the equip and inspect, but eventually we said “lets just add it to everything!” and included it as part of the attacks when the weapon comes back to rest. Because the skin is something that is a bit more grounded we had to strike that balance of the animations being interesting and fun but not too playful and over the top. Once we had all of the animations in place it was just really fun for everyone to walk around in-game spamming their equips, inspects and attacks to just watch the knife spin and flip in the character’s hands.”

For a demonstration of the skin in action, you can check out Valorant Hub’s latest video:

Today’s new bundle news arrives in tandem with the launch of a new update. Patch 3.04 is a fairly minor update that fixes several pesky bugs and adds quality of life improvements for esports play. The small size of the update is in line with expectations given that Act of Episode 3 will launch in two weeks and is likely to add substantial changes to the game.