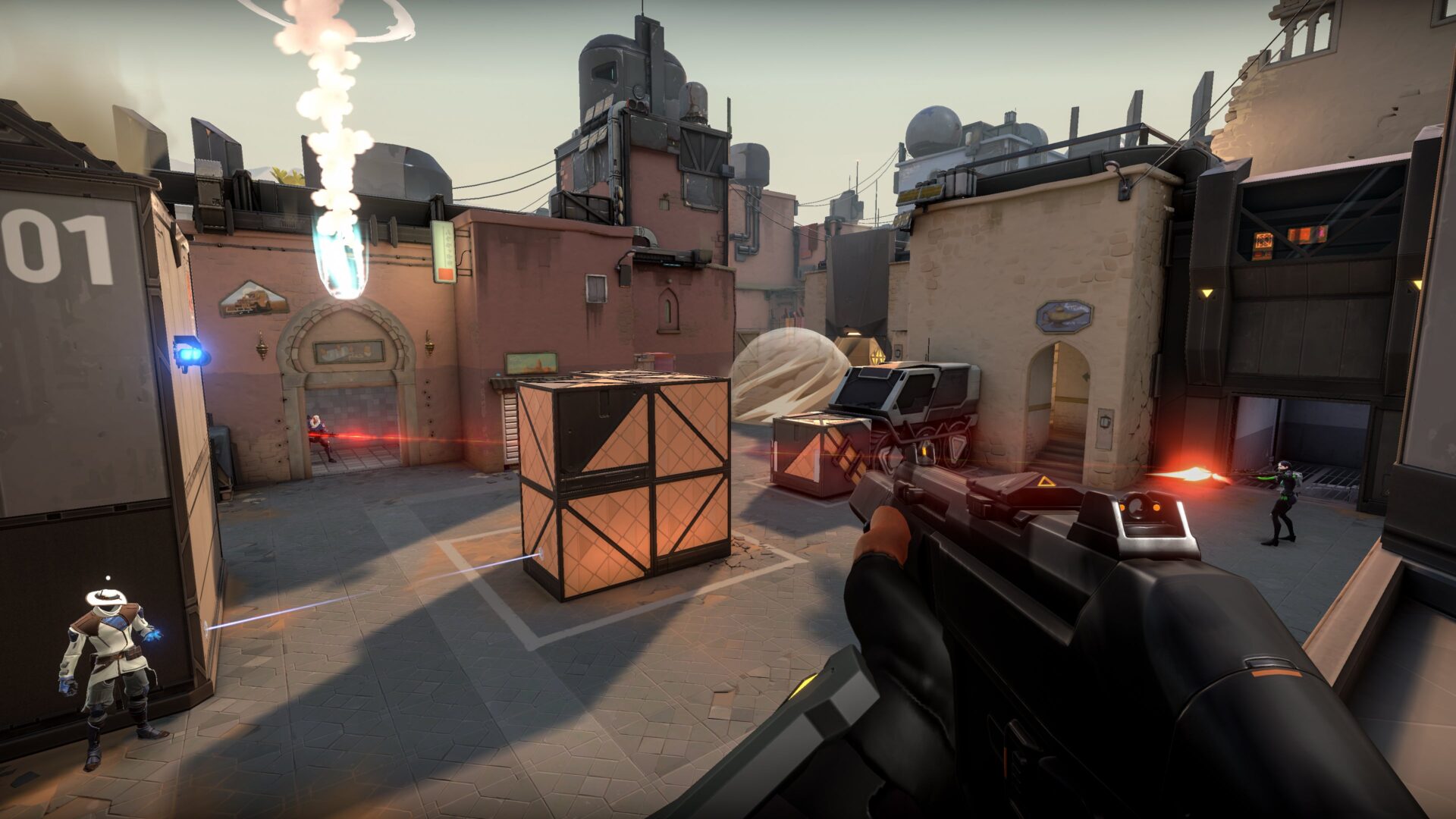 Riot Games delayed the start of Episode 3’s second Act earlier this month to allow itself more time to deliver what it promises are a stack of big changes for its new Sept. 8 launch date. For that reason, it’s perhaps no surprise that today’s update isn’t particularly substantial. Patch 3.04 is mostly comprised of bug fixes, and quality of life improvements for esports and casual/ranked games alike.

The only Agent change is for Omen, whose Dark Cover now deploys more accurately in accordance with the targeted position as shown on the mini map.

Here are the full list of changes and additions:

Fixed an issue where Omen’s Dark Cover could travel in unintended ways
○ This Dark Cover bug caused the ability to settle slightly off from where it was aimed. You may notice a slight change in how the smoke behaves while travelling and settling, but it will now land exactly where the targeting preview shows.

● Custom Lobby player order will now persist into Agent select screens and into the game for observers.
● Tactical Timeouts will now display in the color corresponding to the team that called the timeout (Teal for Defenders, Red for Attackers)
● Observers will now correctly see Cypher’s equipped utility in his hand
● The white dot above a player’s head in 3rd-person no longer displays for observers
● Viper ult will properly display on the observer minimap
● There will no longer be a brief flash for observers when swapping player targets or
swapping to players after projectile follow
● You can no longer interact with the shop during a timeout to avoid spooky vanishing weapons
● Observers with minimal HUD enabled will properly follow minimap toggle settings when they are following another observer
● Player nameplates no longer persist on the screen for projectile-follow observers

“We’ve improved how some items appear in the store so you can preview weapons in their full glory! You should be able to see the guns with all of their various parts and effects properly.”

● Fixed a bug where, in some cases, player invites would not disappear after being rejected
● Fixed a bug where Loopback test was not functioning, so you should be able to test out
your voice settings once again

Today’s patch 3.04 notes come in tandem with the reveal of a new skin line called Recon, which finally adds a butterfly knife.