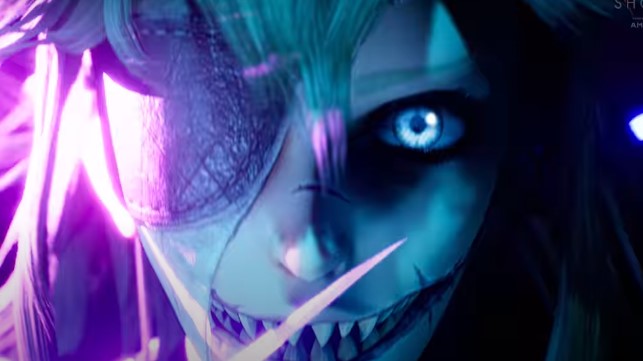 Earlier today at the Future Games show a new gameplay trailer for the action-adventure RPG game, Soulstice was revealed. The battle system includes standard swordplay along with a little ghost that follows your character around and can combo with your blade attacks.

In the trailer, we see the main character taking on a handful of enemies that resemble harpies, manticores, and other mythical creatures. The massive blade you wield lets you deal damage to these creatures while staying a safe distance away.

The ghost that floats behind you appears to cast magic against these enemies while you slash away at them. There’s no UI in the trailer, so it’s unclear if the player controls the ghostly character or if it’s ai just dealing damage and helping you extend combos.

Besides the basic enemies in the trailer, there are also a couple of intimidating-looking bosses that have incredibly horrifying designs. At one point there’s even a giant head chasing the main character down an anxiety-inducing narrow hallway.

To wrap up the trailer it looks like the main character is charging up an attack and when the camera finally zooms in on their face it looks incredibly distorted, their teeth become sharp, and the ghost is nowhere to be found. It almost looks like the ghost had fuzed with the protagonist.

You can find out more about Soulstice on the official website and if you want to check out the gameplay trailer it’s down below. Soulstice is coming to PC, PS5, and Xbox Series X|S in 2022.

And if you can’t get enough game trailers like the one you just saw for Soulstice, then check out the full Future Games Show stream down below.