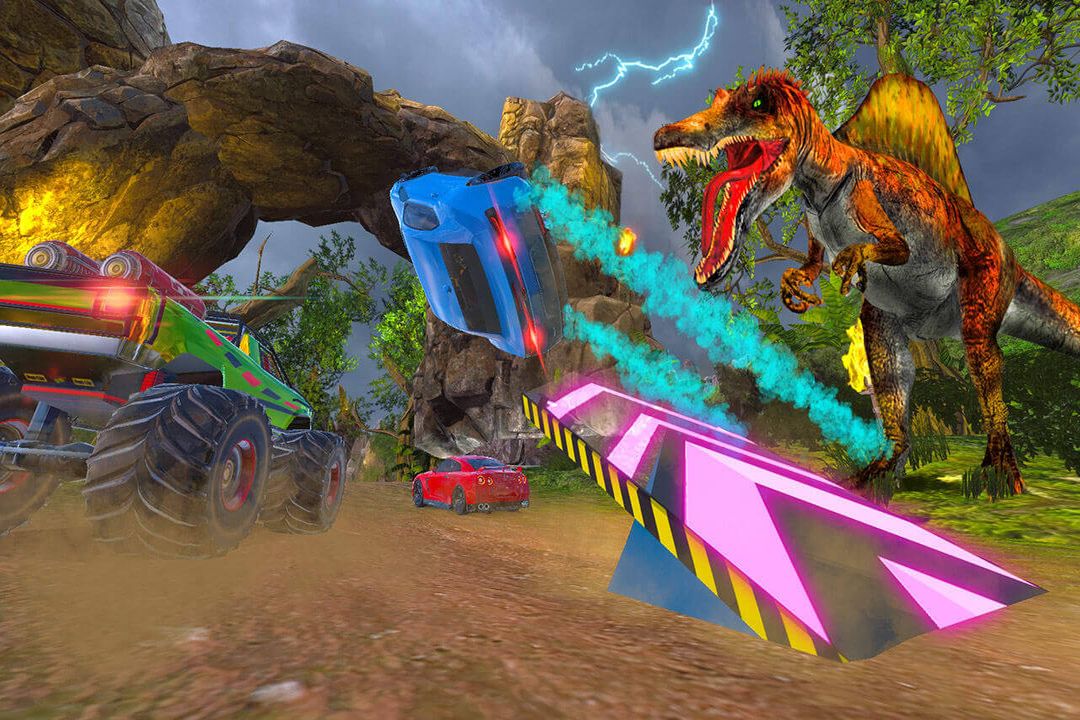 While it may not have been the most hyped announcement of Nintendo’s E3 2021 Direct video showcase, Cruis’n Blast is indeed getting ready to race out of arcades and onto the Nintendo Switch. The wait will not be too long either, as Cruis’n Blast is set to speed onto the Switch on Sept. 14, 2021.

Developer Raw Thrills has shared a new trailer focusing on some of the 29 tracks present within Cruis’n Blast. Not only will racers have to deal with the competition but also the environment itself — from tearing through the city streets as an alien invasion rips through town in Space Attack, to avoiding the falling debris tossed by a massive tornado in Twister Terror.

Take a look at just a sample of the 29 tracks in the game with this track showcase trailer.

Cruis’n Blast was originally released in arcades in early 2017. This Nintendo Switch port promises up to four-player split-screen action, as well as nearly 30 tracks, and over 20 unique vehicles, from hot rods and blazing fast vehicles to more fantastical rides such as a dinosaur and unicorn.

For more information on Cruis’n Blast, check out the official site for the Nintendo Switch version.