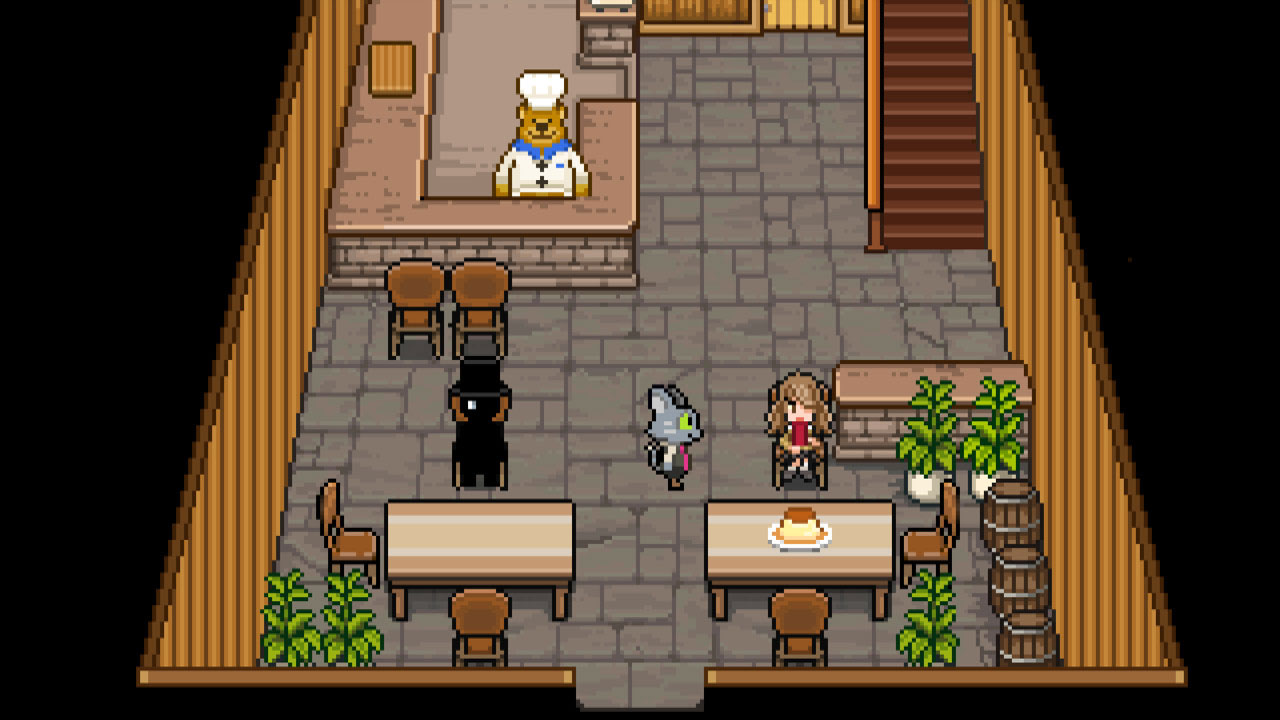 Yesterday, Odencat studios revealed that their hit 2019 Andriod and iOS simulation game, Bear’s Restaurant, is finally heading to PC. To be exact, the title will bring its touching story to Steam at some point in September.

The game’s PC release follows a recent port to the Nintendo Switch, implementing lots of new improvements to gameplay and quality of life compared to the mobile version. You can check out the official trailer for the game down below.

Bear’s Restaurant puts the player in the role of a cat who works as a waiter in the titular restaurant, which is run by a Bear. All the customers in the Restaurant are recently deceased people looking for help to rest in peace. The player will have to dive deep into the customers’ memories to discover what were their favorite foods, what was the meaning they had to them, and finally, serve them one last time.

There is no battle system or puzzles mechanics in Bear’s Restaurant, it only uses its narrative to guide the player throughout the journey. This also makes it a little shorter than most games, but Switch and PC owners get an extra epilogue chapter in their versions that explore a little more about the game’s world and its characters. Many of the comments about the game on Google Play and App Store highlight how the adventure is deeply emotional despite being short.

Bear’s Restaurant visuals have a charming retro 16-bit style like old Super Nintendo and Genesis RPGs from the ’90s. The new Steam version will also have widescreen support, since the game originally was played vertically on smartphones, and full joystick support.

At the moment, Odencat hasn’t revealed an exact release date for the game or an expected price when it releases. Anyone interested in Bear’s Restaurant can wishlist on Steam here.