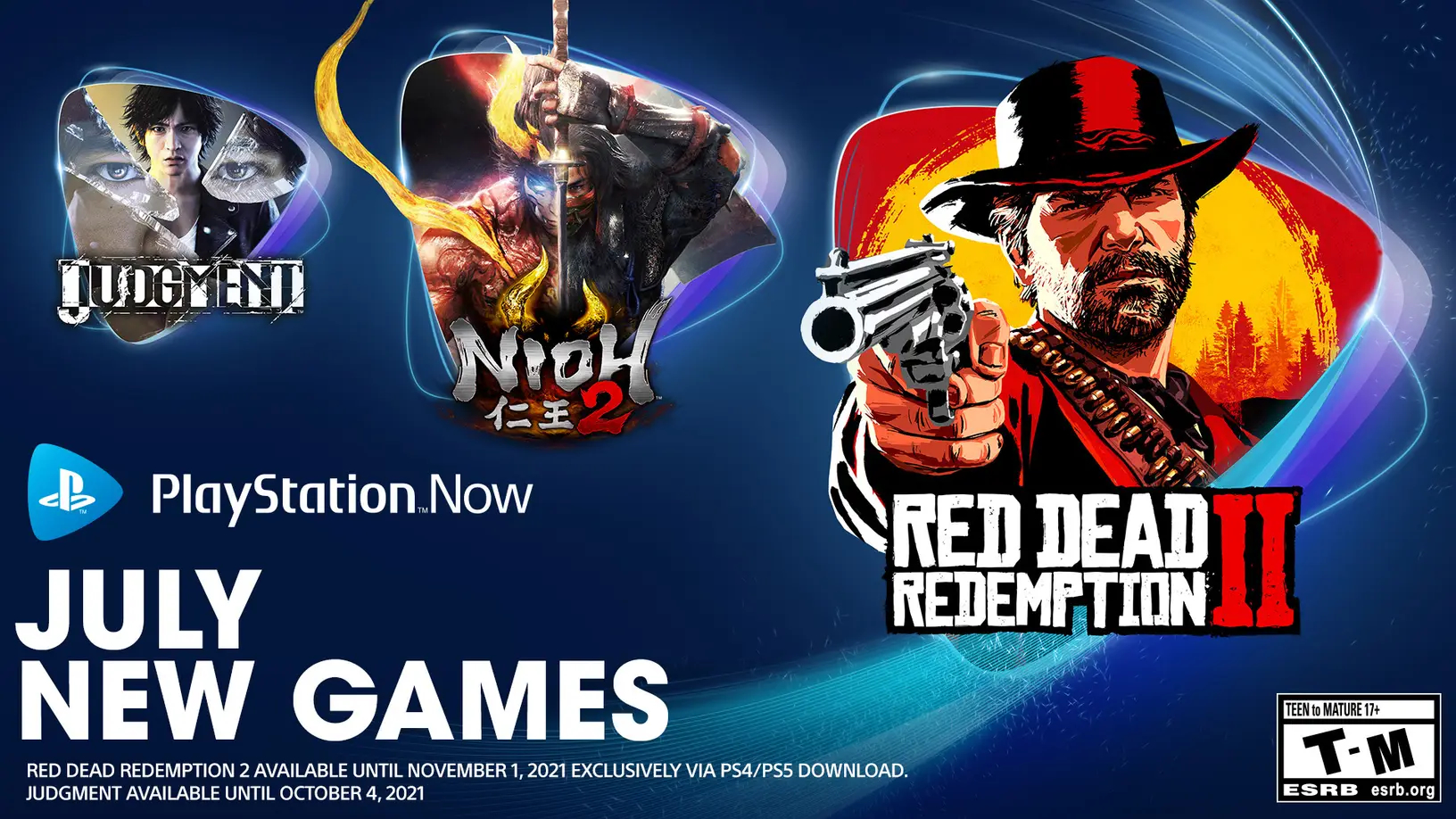 Sony Interactive Entertainment revealed seven titles will be coming to the PlayStation Now service on July 6, the company announced in a blog post on Monday.

Headlining the list is Rockstar Games’ Red Dead Redemption 2. The epic western also includes Red Dead Online, the game’s online multiplayer component, which was released as a standalone game last year. The game will be available on the service until Nov. 1, 2021 and can only be downloaded through PlayStation 5 and PlayStation 4.

Another hit coming on Tuesday is Judgment, the psychological thriller created by Yakuza series developer Ryu Ga Gotoku Studio. It too will be available on the service for a limited time until Oct. 4, 2021, but does not have the download-only requirement.

Rounding out the list is action RPG sequel Nioh 2, which the first game came to the service last May, alongside physics-based moving simulator Moving Out, Olympic Games Tokyo 2020, Nascar Heat 5, and the return of the God of War reboot.

PlayStation Now offers hundreds of PS4, PS3, and PS2 titles to stream to Windows PC, PS5, and PS4 consoles for $9.99 per month. There are also 300 PS4 games that can be downloaded to either PS5 and PS4.