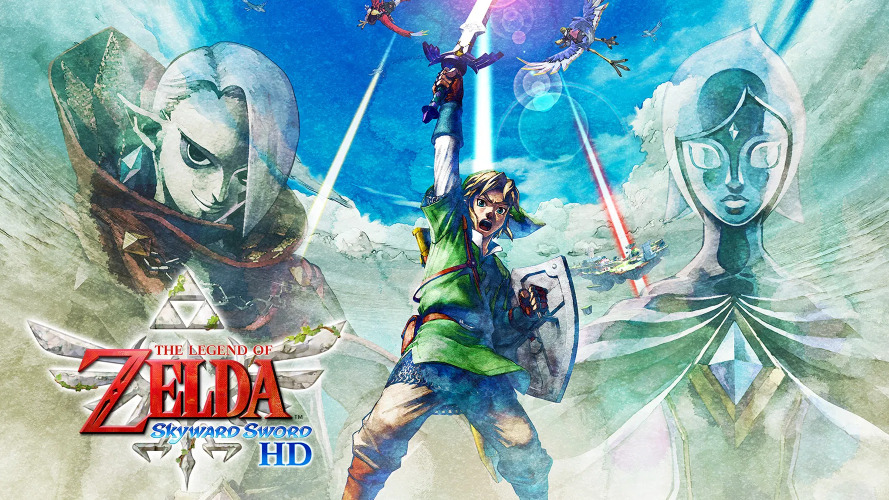 Skyward Sword HD, the remaster of the Legend of Zelda game for the Wii, is releasing on the Switch later this month. Today, we learned some more of the quality of life improvements that we can expect that will make the gameplay smoother than it was in the original 2011 release.

Nintendo released a quality of life trailer showcasing all of these improvements, so you can either scroll down to watch in video form or continue reading as we detail the changes you can expect.

This bothered many players who didn’t want such a hand-holding companion, so it looks like instead of Fi automatically offering help, Link’s sword will glow when a hint is available. Players can then call for Fi to ask for a hint. This will allow players to explore and solve puzzles at their own pace and only receive help when it is wanted.

The next change to the game detailed in the trailer is all about the enhanced controls options. We had previously learned that in addition to using Joy-Con motion controls to use Link’s items, traditional button controls will also be an option.

The trailer shows how this will work with a variety of enemies and items; in short, the right analogue stick will control the motion parts of the game, which will allow players to enjoy the game in handheld mode or with a pro controller.

Nintendo shared a few other quality of life improvements to expect in the game, such as enhanced frame rate for smoother gameplay, fast-forward dialogue to make text boxes scroll faster, and skippable cutscenes.

Finally, they shared one more change that many players had been asking for: streamlined item information.

In the original game, if you picked up a common item like a stamina fruit, rupee, or amber relic, the game would interrupt you to tell you all about what that item does. This reminder returned for the first item of each type you picked up every time you reloaded your save file.

In Skyward Sword HD, these reminders will no longer exist. You’ll only be told what an item is the first time you pick it up, and even after reloading your save file a later point, the game will remember that you’ve found that item and won’t interrupt you about it again.

These changes to Skyward Sword should make the game a little less of a headache for those who don’t like interruptions or hand-holding and want to play with a little more freedom.

In May, we learned about the Zelda and Loftwing amiibo as well as its functionality, which you can read about right here.

You can watch the entirety of the quality of life trailer below. Skyward Sword HD releases for the Nintendo Switch on July 16.