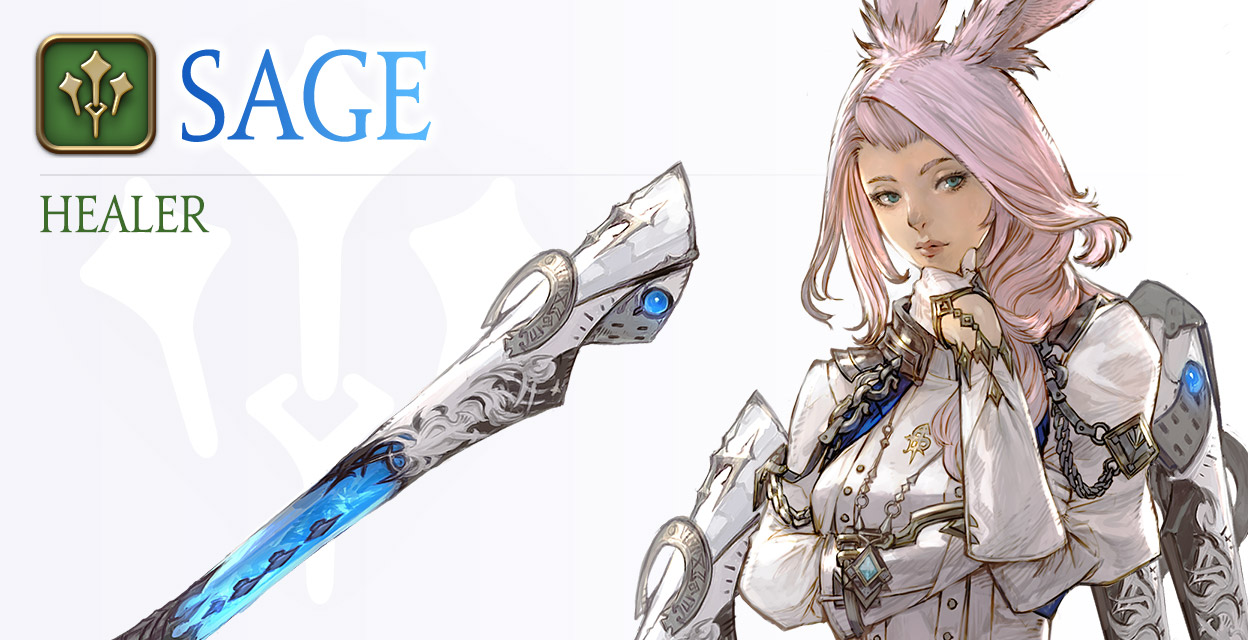 Today Square Enix announced that the previously-showcased job icon for the new Sage job in the upcoming Final Fantasy XIV expansion Endwalker has been changed.

Apparently, the old design (which you can find here, at your own risk in cause you’re affected) was found disturbing by users affected by Trypophobia, which is the aversion to the sight of irregular patterns or clusters of small holes or bumps.

Today we learn directly from producer and director Naoki Yoshida that the design has been changed to what you can see above.

Below you can read the full message:

Regarding the Sage Job Icon

Now then, I’d like to share some news regarding the icon for the new sage job, which was recently revealed on the Endwalker special site.

When we released new details for sage and reaper on the special site, we also included their icons, not thinking that they were particularly big reveals. However, we soon received feedback from players all over the world, who told us that the sage icon made them uncomfortable or fearful.

This aversion is known as trypophobia, and those who have it feel disgust and fear when they see clusters of small holes or bumps. The severity of the reaction varies between people, and what triggers it in some may not do so in others.

But regardless of such differences, you have given us your earnest feedback, and there’s still time to change things. Considering also the fact that job icons are prominently visible in the game, and that they also appear on merchandise, we’ve made the decision to redesign the sage icon.

The design concept is unchanged, with the icon being based on the four nouliths which form the sage’s armament. The holes in the original design were added for detail, but they ended up appearing as a cluster. To address the problem, the new icon reduces the holes while accentuating the design concept. Now, comparisons will inevitably be made, and some of you may prefer the original. But we believe that designs like this are things that grow on you as you play the job, and ask for your understanding as we head into Endwalker.